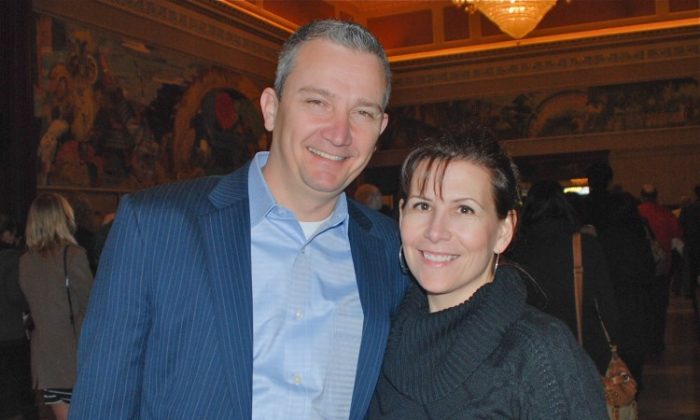 CLEVELAND, Ohio—It was the first time for Jason and Natalie Bass to see Shen Yun Performing Arts Touring Company’s performance, and they enjoyed it so much that next time they want to bring their daughter.

One of the many outstanding features of the Shen Yun Performing Arts Touring Company’s performances is the orchestral music. Both Jason and Natalie chimed in that they loved the music at the matinee performance held at State Theatre on Dec. 23.

The orchestra is truly unique in its ability to bring together Western and Eastern instruments. They recently had a sold out performance at Carnegie Hall with the ending performance resulting in three encores and a 10-minute standing ovation.

Mr. Bass, general manager of auto dealership in Santa Fe, New Mexico, said, “I loved the combination of Western and Chinese music. It was great!”

“Every year, Shen Yun unveils an entirely new lineup of dances, songs, and musical scores. At the core of Shen Yun’s performances is classical Chinese dance with China’s numerous ethnic and folk dance styles rounding out the evening,” according to Shen Yun’s website.

Ms. Bass, an occupational therapist, described the Shen Yun performance as wonderful: “It was wonderful. It’s beautiful, kind of mesmerizing.”

“The colors are incredible,” Ms. Bass said. She enjoyed the “scarves flying around” that are used in various traditional ethnic and cultural dances.