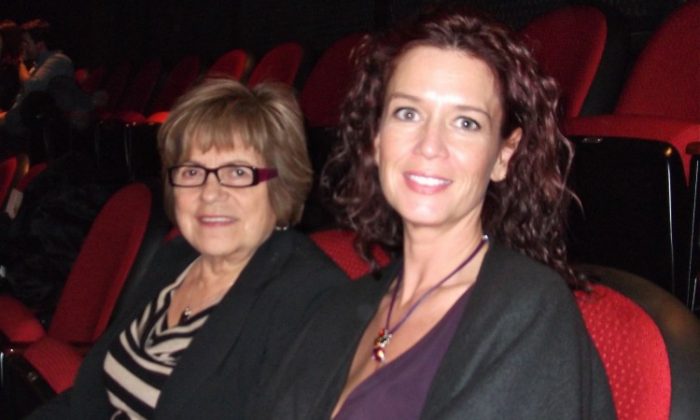 REGINA, Canada—Shen Yun Performing Arts played at The Conexus Arts Centre on the evening of April 13, bringing the audience its ever-popular presentation of traditional Chinese culture.

Robin Roberts attended the performance with her mother-in-law, Marta Zelada. Ms. Roberts used to dance with local companies in Regina when she was younger, and was seeing Shen Yun for the first time.

“I think it’s fabulous. I love the colours and the movement. It’s gorgeous,” she said after the show.

“I like the very intricate foot work that they do with the use of the fans and the silks, and how they incorporate it all. They’re very synchronized,” said Ms. Roberts.

A trademark of Shen Yun is its striking images projected behind the performers, something that impressed Ms. Zelada.

I love it. So colourful. I love the music and the delicate movements. I love the big screen behind … I love it–everything.” she said.

“I love all the bright colours that they incorporate together. It’s beautiful,” Ms. Roberts said. “I’m glad that we came.”