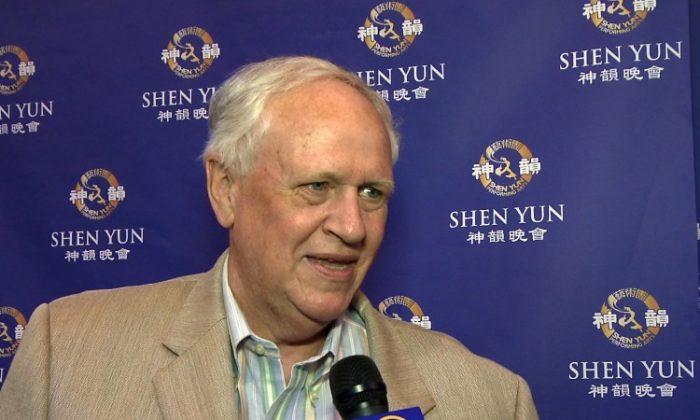 Shen Yun Has ‘A lot of talent out there,’ Says Former Deputy Commissioner

“A lot of talent out there,” he said.

Mr. Parke, the deputy commissioner for the corrections department for 25 years, was impressed with Shen Yun portrayal of 5,000 years of divinely inspired civilization told through dance and music.

“It’s the flexibility and the fluidity of the dancers, the way they moved, and the culture with the costumes” which impressed Mr. Parke, along with its uniqueness.

This uniqueness “it’s the dancers, and the stories they tell, and the culture it comes from, compared to most shows I’ve seen,” Mr. Parke said.

Traditional Chinese culture reveres the heavens and offers insight into upright and moral character through the arts.

“I’ve read a little about Chinese culture, but I’m not steeped in it at all. I’ve always been fascinated by the Asian community and the calmness, and the spirituality that the Asians have, especially in China,” Parke explained.

He particularly liked the dance program, Sand Monk Is Blessed, in which a monk on a pilgrimage confronts a shape-shifting river ogre.

Mr. Parke explains, “The ogre came out and took the young child hostage. And then he got rehabilitated. I think that was a good story of the human spirit.”

“You had a very bad guy. He did a very bad thing, and he got captured. The question was what to do with him? They gave him a second chance. Regardless of what he had done, he was redeemed by the higher authority.”

This program allowed him to reflect on society today.

“And, I think … sometimes, we, by working in prison with people, condemn them. We never let them have that chance or opportunity to regain that human spirit.”

“I very much enjoyed it and it’s a great program,” he concluded.