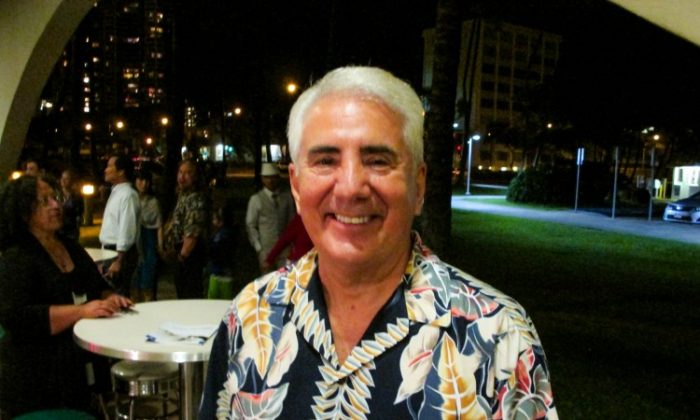 Gabriel Perez, a former Hospital CEO, says that he saw 'grace and strength' in a Shen Yun performance at the Neal S. Blaisdell Concert Hall in Honolulu, Hawaii, on May 3, 2013. (Christian Watjen/The Epoch Times)
News

“The choreography is very well staged; the synchronization is just fantastic, precision, very precise,” Mr. Perez said after watching the performance on Friday, May 3.

Mr. Perez said that he enjoyed “the enthusiasm of all the dancers and the strength of the grace that they had, both men and women.”

He characterized the show as “grace and strength.”

Founded in New York in 2006 with the mission to revive 5,000 years of Chinese culture, Shen Yun Performing Arts has become a global phenomenon.

Mr. Perez said he was a monk for seven years, and part of that time he lived as a monk in Tibet. He says that what he will take home from the performance are “the different messages regarding … the different philosophies and the stories that they told.”

“You can tell it’s very classical; it is going back about 50 or 60 years ago, before the Cultural Revolution happened in China.” Mr. Perez said.

“You see where they got their traditions from,” Mr. Perez said.

With classical Chinese dance as its hallmark Shen Yun Performing Arts draws its inspiration from China’s true, traditional Chinese culture, which has a history of 5,000 years. While some of the outer forms of this culture still exist in present day China, most of the essence of the culture has been destroyed under communist rule.

Shen Yun Performing Arts is performing at the Neal S. Blaisdell Concert Hall through May 5.