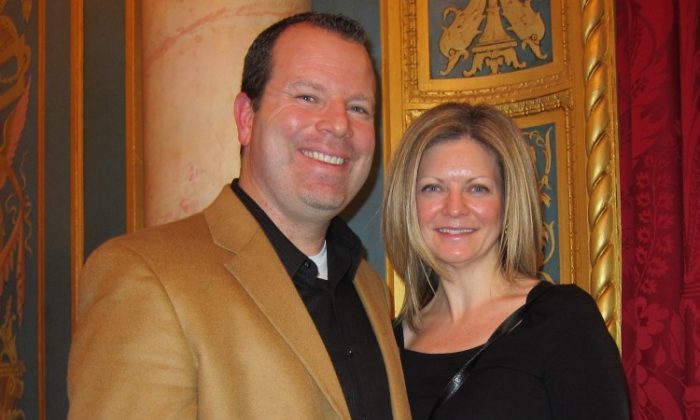 Shen Yun Grabs Your Attention in More Ways than One

The director of Sales and Engineering for a German company said he knew very little about the New York-based company before he came.

“I really came here with my wife [and] so far I have enjoyed it,” Mr. Presley said at intermission. “I’ve enjoyed the dance, music. The people here are very talented … To be honest, I am really surprised at the dance. I think the dance is really great. I didn’t think that I would like it as much as I do,” he said.

Shen Yun aspires to reawaken traditional values of ancient China, all but lost under 60 years of communist rule, in classical Chinese dance, as well as ethnic dances, with a full orchestra, award-winning vocalists and musician soloists in support.

The company website describes its performance “as a presentation of traditional Chinese culture as it once was: a study in grace, wisdom, and the virtues distilled from the five millennia of Chinese civilization.”

“I had never done any research prior to coming to the show. I really came for my wife,” Mr. Presley said.

“We love it. We’re a family that loves diversity and we’re spiritual ourselves. We love the fact that they’re incorporating not only spirituality, but the arts—diversity. They’re very talented, their costumes are fabulous, the singing is wonderful. I would highly recommend it.”

Mrs. Presley said she would tell her friends that the performance “is a full sensory experience, visual [and auditory [delight].

“It’s just ‘your whole being’… they do a very good job at kind of getting your attention in more than one way.”