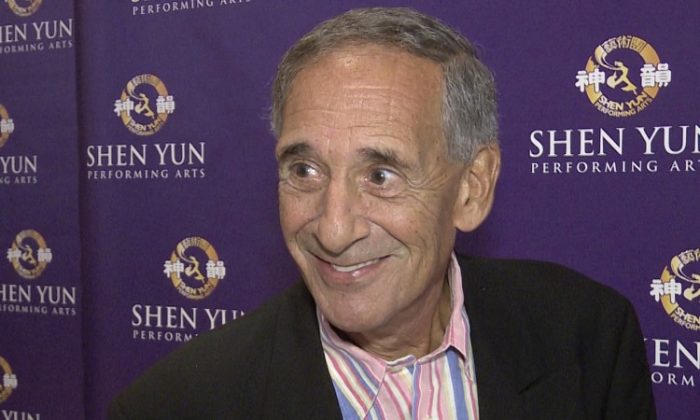 James Peck, a lawyer in the New York City Courts and a former producer of Broadway shows, including Benny Andersson, Chess and My One And Only, said the performance had given him “great hope” that the performing arts were alive and well, and “that the Lincoln Center is alive and well.”

Mr. Peck lauded Shen Yun’s professionalism. “I thought the choreography in what I just saw was incredible, I’ve never seen anything like it,” he said, calling it “perfect.”

New York-based-Shen Yun has as its mission to restore Chinese culture, lost under 60 years of communist rule. Shen Yun’s performers embrace classical Chinese dance, music, and song as a means of conveying that culture, the former considered among the most comprehensive dance forms in the world.

Mr. Peck said that Shen Yun’s choreography and precision “amazed” him because it “[takes] people for a three-hour trip and [does] not miss a step.”

As a producer, he said that “getting everyone working together on one track” is among the most difficult things to do in a performance “because if you ask ten people they will all have a different answer.”

“In this direction and production there was only one answer and it was good,” he said.

“The direction and the production staff ought to be commended upon a beautiful piece of work. That’s all I can say,” Mr. Peck said.

Rosemary Blair, a former singer, was also in the audience on Saturday afternoon.

“The dancers are so beautiful and so graceful, and it’s just lovely,” she said. “The music is beautiful, too.”

The vocalists of Shen Yun, “must grasp the highly difficult technical requirements of bel canto operatic singing while retaining the proper Chinese articulation and diction,” says the company’s website, while singing original compositions “brimming with philosophical reflection about human life and deep layers of meaning.”

That Shen Yun can travel the globe showing many different countries the ancient Chinese culture, yet cannot currently travel to China due to communist rule and its opposition to the essence of the ancient culture, evoked emotions from Ms. Blair.

“I understand that this cannot be performed in China—this is very sad,” she said. “I think China is at a great loss not to have something like this, because the culture is rich and long, there’s much to be learned.”

The long history should be remembered and revived, said Ms. Blair.