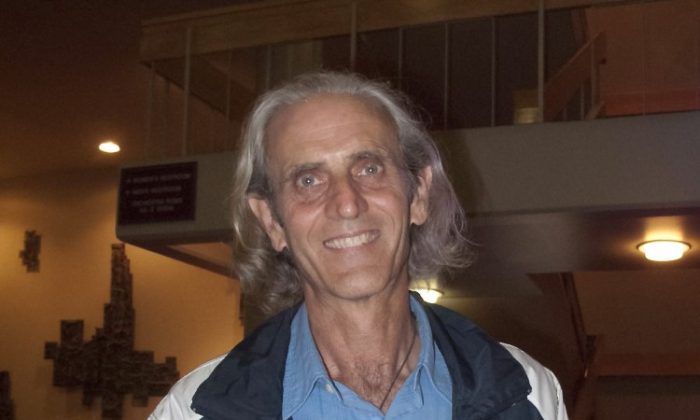 Mr. Darrell Wilson felt that Shen Yun carried a 'beautiful message' in the performance at the Neal S. Blaisdell Concert Hall in Honolulu on May 5. (Alex Ma/The Epoch Times)
News

HONOLULU—”This was so amazing to see so many diverse aspects of Chinese culture portrayed in a traditional way that was very imaginative and exciting and beautifully done,” said Mr. Darrell Wilson after seeing Shen Yun Performing Arts at the Neal S. Blaisdell Concert Hall in Honolulu May 5.

“I thought it was excellent. I just loved it,” said Mr. Wilson, who has always had an interest in traditional Chinese culture.

Mr. Wilson said he could see through New York-based Shen Yun’s performance of traditional Chinese dance and music the divinely inspired effect of the culture, such as in the finale and in the dance Emperor’s Journey to the Moon.

“I thought that was really beautiful,” Mr. Wilson said of the finale. “It had a very freeing effect and a beautiful message and that we’re all one and that we can realize that oneness and that freedom by just accepting that and living from that place.”

Mr. Wilson was impressed with what he felt could be expressed through classical Chinese dance.

“It was really amazing—it was quite inspiring,” Mr. Wilson said. “Just their ability to express through dance—these high emotions and this freedom of flow and jump.”

“I can see that. I can feel that. There’s a lot of feeling,” Mr. Wilson said. “It’s quite inspiring.”

Mr. Wilson expressed the sentiment that he was happy and supportive seeing the spiritual culture revived, as he is well aware of the religious persecution in China.

“I have a lot of strong feelings about people having religious freedom in all parts of the world,” Mr. Wilson said. “So I’m a strong, strong devotee of supporting those people who want that freedom.”

“The whole world knows who they are,” Mr. Wilson said. “We want freedom for everyone.”