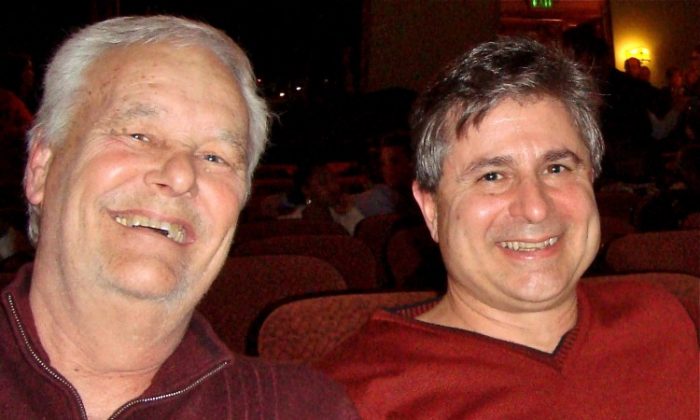 PITTSBURGH—Shen Yun Performing Arts took to the stage at the Benedum Center for the Performing Arts on Thursday, Feb. 16, leaving the audience full of kind words for the New York-based classical Chinese dance and music company.

Shen Yun tours around the world with one mission: to revive 5,000 years of divinely inspired Chinese culture, according to its website. “Unfortunately, over the past 60 years, this cultural treasure has been persecuted and co-opted by the Chinese Communist Party,” it adds. “It is outside of China that Shen Yun’s artistic creators have the ability to freely express themselves and their ancient culture. Their courage to speak up is an integral part of Shen Yun’s spirit.”

“Even though the language, and the barriers, is so different, the theme for humanity is always the same,” said Jim Tocco, who owns his own business. “It’s very interesting to see, the music, its just a wonderful story.”

Mr. Tocco saw the theme of good and evil standing out in the performance. “Plus, in the current times, how in China perhaps this couldn’t be done and shown because of the persecution,” he added.

Several of the dances in Shen Yun portray groups persecuted in modern-day China, such as Falun Gong, a meditation practice based on the principles of truthfulness, compassion, and tolerance, according to Shen Yun’s website. “It has helped over a hundred million Chinese people understand and return to the essence of traditional Chinese culture—Confucian, Buddhist, and Taoist schools of thought,” adds the site. Yet, since 1999, the communist regime has attempted to eradicate the group. “Their spirit of compassion and tolerance manifest the very essence of China’s 5,000-year-old divine culture,” states the website.

That is why, despite presenting traditional Chinese culture at more than 100 cities around the world, including venues such as Lincoln Center in New York City, the Kennedy Center in Washington D.C., and Palais des Congres de Paris in Paris, Shen Yun cannot travel to China.

Tammy Tocco, Mr. Tocco’s wife, said she appreciated learning about both the history of China as well as the situation behind human rights controversies presently happening. “That was enlightening,” she said.

“It’s all absolutely new, and I knew nothing about the Chinese culture and Chinese dance,” said Bob Mann a corporate officer, “so I am hear to learn, and enjoy.”

Mr. Mann’s wife, Margaret, said: “I know Chinese is one of the earliest civilizations. Its nice to see different aspects of it—how it developed. It’s very educational. We should get the kids to watch it, it’s very good.”

At the heart of a Shen Yun performance is Classical Chinese dance, along with folk and ethnic dance, and story-based dance.

Classical Chinese dance has a long history of thousands of years and is one of the most comprehensive dance systems in the world, according to Shen Yun’s website. “Classical Chinese dance is rich with expressive power. Through expression of bearing and form, beautiful dance movements bring out the inner meaning of intrinsic thoughts and feelings, reflecting the peculiarities of human nature, the standard for human conduct, moral concepts, mental state, one’s value system, and so on.”

“I loved the way they jump,” said Ruth Westerman of the Pittsburgh Dance Council, who has been a dancer since she was very young. “They really go very high in the air, and it was very beautiful to watch.”

Yvonne Darville, who attended the performance with her husband Wayne, an IT director at Calgon Carbon Corp, and her granddaughter, also appreciated the dancers.

Behind the dancers is a digital backdrop. “The backdrops are magical windows to completely different realms,” states Shen Yun’s website. “From vast open grasslands in one dance to the stately elegance of Tang Dynasty pavilions in another; from dusty yellow battlegrounds to tropical beaches to Himalayan peaks to picturesque scenery of the Yellow River Delta—the digital projection infinitely expands and transforms the stage.

“We loved the screen,” said Mrs. Darville. “That was very interesting, and very beautiful.”

For Mrs. Darville, the visual delight began the moment the curtains opened.

“Right at the beginning I would say that I felt emotion for the beauty and the grandeur,” she enthused. “It was very touching.”