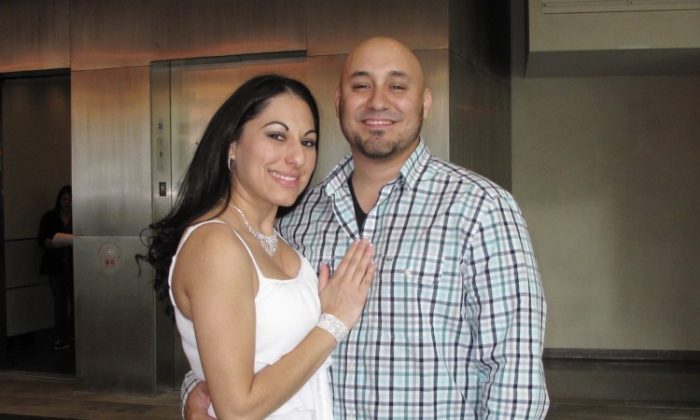 Shen Yun’s website states, “Through the universal language of music and dance, Shen Yun weaves a wondrous tapestry of heavenly realms, ancient legends, and modern heroic tales, taking you on a journey through 5,000 years of Chinese culture. Its stunning beauty and tremendous energy leave audiences uplifted and inspired.”

As a painter, Mr. Vargas said he appreciated the bright colors of the dancers’ costumes, noting that the dancers used the costumes well to help tell the story. “You really can see the contrast between good and evil. They do a really good job with that here.”

The interactive digital backdrop also impressed Mr. Vargas. He enjoyed watching the dancers appear to leap into and off the screen within the stories.

When in his early twenties, Mr. Vargas used to be a dancer. He thought Shen Yun’s dancers’ technique was “impeccable.”

“The way they move in unison is just pretty wonderful to see,” he said. “It is something a lot of dancers are trying to finally get to but [Shen Yun] has been doing all along, all these years. I really think it is a beautiful thing—the colors, the movement. Altogether it makes a really good show.”

The values of traditional Chinese culture also stood out to Mr. Vargas. “It’s something very important, family values,” said Mr. Vargas. “We don’t [see] that a lot here any more.”

Mr. Vargas summed up the performance as “exciting, amazing, and beautiful.”

“I know how hard it is to prepare for something like this,” he said, “and to make it go well is a beautiful thing to me.”