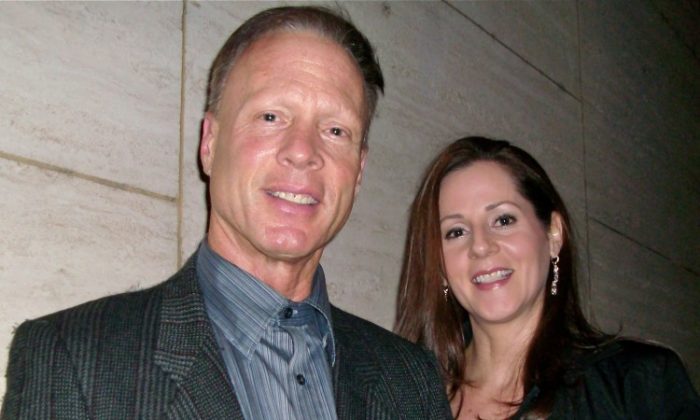 HOUSTON—Jason Kaye, a dance teacher of over 27 years, attended Shen Yun Performing Arts and said it was magnificent. “The dancers are immaculately trained,” he said.

Mr. Kaye saw the New York-based Shen Yun International Company at the Houston Jones Hall for the Performing Arts on Dec. 29. Shen Yun is on the start of its 2013 World Tour and will perform in Houston until Jan. 1.

“I thought all of the pieces were enormously impressive,” said Mr. Kaye. Shen Yun presents colorful and exhilarating performances of classical Chinese dance and music, and every year, Shen Yun unveils an entirely new lineup of dances, songs, and musical scores, according to its website.

“The training and the creativity, and the talent and the skill of all the dancers was apparent in each and every one of the numbers—including their ability to act in the roles that called for acting, like the gentleman who pretended to be drunk when he went to the moon; that was a lot of fun for us,” Mr. Kaye said.

Mr. Kaye is specialized in ballroom dancing on a competitive basis, but he is also fluent in most partnered dances, and emphasized couples dancing for fun at weddings, reunions, and special events, on his Excellent Dance Lessons website.

“I teach a style of dancing that’s called international standard in a company here in Houston that’s called The Dance Place,” he said.

Mr. Kaye said that he knew Shen Yun’s performance was going to be good because he thought that the Chinese culture has spanned thousands of years—which gives a lot of time at honing their art and their crafts.

“We were expecting, actually, for the dancing to be this wonderful. Even though we hadn’t seen it before—I was just certain,” he said.

According to Shen Yun’s website, “a performance by Shen Yun is a presentation of traditional Chinese culture as it once was: a study in grace, wisdom, and the virtues distilled from the five millennia of Chinese civilization.”

“Knowing what I know about Chinese culture, which isn’t a great deal, but that it has a great history,” he knew, “that it would be an excellent performance.”

“I thought the use of graphics to help tell a story was very helpful and very powerful. We thought the music was extraordinary. The show overall—from beginning to end—left us very entertained. We’re delighted we had attended this show,” Mr. Kaye said.

Mr. Kaye said Shen Yun’s costumes were breathtaking and creative how they were used, “effectively to help create the story and to make the message, as well as to please the eye and the senses of the audience members.”