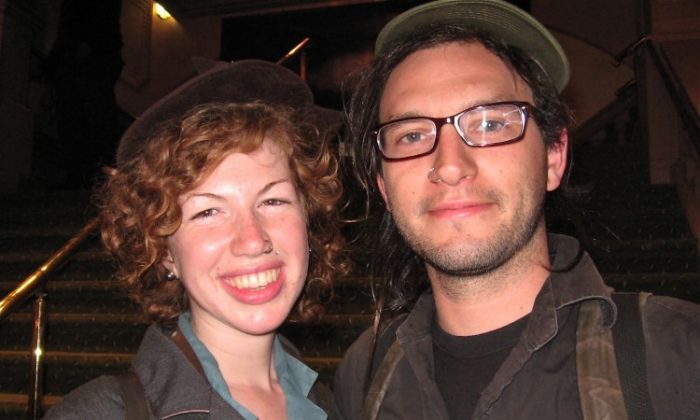 “The amount of commitment and the amount of work, and just the amount of will power that it takes to be able to achieve that kind of physical dexterity and virtuosity is just breathtaking,” proclaimed actress and former dancer M.R. Stine.

“The way they move their bodies, and the way they can hold form, and just fly off the stage—it takes so many hours, and so many years, and it’s just incredible to see the results of it.”

New York-based Shen Yun utilizes multiple artistic mediums handed down from antiquity to revive the “5,000-year-old, divinely-inspired Chinese culture,” according to the company’s website. More than 60 years of communist rule in China “all but destroyed” this ancient culture.

Classical Chinese dance is at the heart of a Shen Yun performance. Its website states:

“Classical Chinese dance has a long history of thousands of years, passed down continuously within the imperial palace and ancient Chinese theater and opera. Soaking up profound wisdom from every era and dynasty, it has become a complete system of dance embodying traditional aesthetic principles with its unique dance movements, rhythms, and inner meaning.”

Ms. Stine said, “It was very inspiring to see how people can be so disciplined that are almost flying on stage.

“It was an incredible thing to see,” she added, “but also to see how people are balancing the … message about freedom of speech and freedom of expression with the physical and artistic expression, as well. I thought it was very lovely.”

Dancers are adorned with colorful, handmade costumes, and accompanied by digital backdrops, award-winning vocalists, and a unique musical arrangement, where “Western philharmonic orchestra plays the foundation, while traditional Chinese instruments lead the melodies,” according to the company’s website. Yet the core of the performance—the dance, which includes ethnic and folk dance—stood out to Ms. Stine.

She acts in theater performances using an Italian form called Commedia dell’Arte. She has previously trained in both ballet and contemporary dance.

“It was the footwork I thought was very interesting,” she said. “It was very different from what I studied.”

Although Ms. Stine was familiar with the physical techniques of Chinese dance, the familiar flips, turns and jumps, the comprehensive dance system of classical Chinese dance revealed a performance of a high level.

“I knew that there was an acrobatic component to classical Chinese dance but I never had the chance to see so many different pieces altogether in a row,” she said. “I saw one piece here, one piece there, but to have a whole evening of different versions and different expressions was really exciting,” she said.