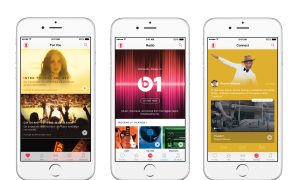 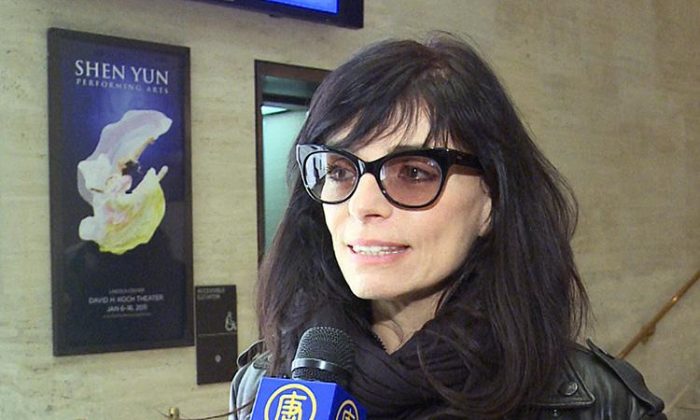 All but lost in the East, the essence of an age-old culture rises in the West. This is Part 6 of a nine-part series that explores traditional Chinese culture to reveal a deeper understanding of the genius of New York-based classical Chinese dance company Shen Yun Performing Arts.

NEW YORK—In China—the land of silk, rich and artful embroidery, and vibrant color—the style of dress has varied greatly over the civilization’s long history and among its 55 ethnic groups.

New York-based Shen Yun Performing Arts revives not only the dance and music of 5,000 years of Chinese history and culture, but also features the art of fashion. With each dance is a veritable fashion show in and of itself, consisting of the handmade haute couture reaching across China’s vast geographies and throughout its periods of history.

“I was very impressed with the clothing and costumes,” said famed designer Norma Kamali after seeing Shen Yun perform last January in New York. She attended with friend Jill Spalding, a writer and editor for Vogue Magazine. Both appraised the colorful garb of the different regions of China.

“I saw here the best example of how fabric, clothing, and sleeves can enhance the movement and tell the story,” said Ms. Kamali. “When the sleeves became a part of the rhythm and a part of the overall design of the set, it was very impressive!”

Shen Yun’s costume artists use bright colors to tailor and recreate hundreds of new pieces each season. Every detail is given meticulous attention, and is a result of artistic inspiration and careful polishing. According to the Shen Yun website, “The designers stress harmonic balance and contrast. Their objective is an authentic presentation of the attire that comes from China’s divinely inspired traditional culture, and a consummate stage effect.”

“I really like the flowing, the sleeves, and how it communicates the feelings, how the flowing of the silk was sort of a mechanism for communicating an interior manifestation,” said Reem Alalusi, a fashion designer and the founder and creative director of Alalusi Couture, when she saw Shen Yun perform last January in San Francisco. “I thought that was beautiful; it’s a beautiful touch, something that every fashion designer tries to achieve.”

The styles reflected in a Shen Yun performance can generally be divided into three categories: Han clothing, the attire worn by China’s vast ethnic minorities, and the regalia of Buddhas, Taos, and other heavenly immortals that are intrinsic to China’s divinely inspired culture.

Hanfu, the clothing of China’s ethnic majority, consists of hundreds of variations. The garments are characterized by “loose gowns, wide sleeves, and flat, open collars folded over to the right,” according to the Shen Yun website. “Rather than using buttons or strings, most were kept in place by a sash belt. High hats and wide belts are distinguishing marks of scholars and officials.”

At the same time, traditional Chinese clothing was serious business. The right clothes gave off an aura of refinement and dignity. It embodied the virtues of Chinese antiquity and contributed to the culture’s perception of self.

is as diverse as Chinese culture itself, with great disparities based on region or ethnicity. The 55 ethnic minorities located throughout China display a multitude of styles and an extensive range of colors. Historically, the country’s vastness, along with the great contrasts in geography and climate, led to the various groups developing very different forms of dress and adornment.

For example, “the Tibetan Plateau is known for its frigid yearlong temperatures, powerful sandstorms, and extensive grasslands and pastures. The Tibetan people adapted to their environment with warm and insulating clothing that is also suitable to their itinerant lifestyle,” according to the Shen Yun website.

“The symbolic Tibetan chuba is a long coat that is both practical and fashionable. Chubas are made from sheepskin that is both durable and insulating. The coat is large and loose with big open sleeves that can be rolled up in the heat of the day. At night, an unbelted chuba makes for a comfortable covering for restful slumber.”

Shen Yun’s dances often feature heavenly scenes of celestial fairies, Buddhas, Bodhisattvas, Daos, and other deities in their respective regalia. From myths and legends to works of art, the depiction of these divine beings in Chinese lore has endured throughout the centuries.

Catching the ‘Eye’ of the Fashion World

The artistry of Shen Yun has drawn the admiration of the fashion and entertainment worlds. Matthew Lynch, editor for the Eye at Women’s Wear Daily (WWD), who oversees all things society and culture, wrote about how Shen Yun was “drawing the fashionable set” at their performance at Lincoln Center last June.

WWD is often referred to as the fashion “bible,” as the daily media of record for senior executives in the global fashion, retail, and beauty communities for the last 100 years.

Lynch published an article accompanied by a photo of New York fashion mogul Donna Karan posing with Shen Yun dancers in costume. Ms. Karan hosted a VIP reception following the Shen Yun performance that was attended by a cross-section from the fashion and entertainment industries such as jewelry designers Ann Dexter-Jones and Zani Gugelmann, author Candace Bushnell who inspired the iconic HBO series Sex and the City, architect and interior designer for countless luxury fashion brands’ boutiques Peter Marino, and actress Nora Zehetner.