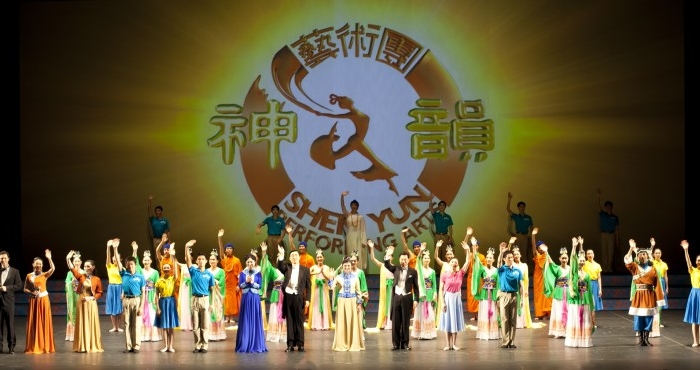 Journeying from the East to the West across the country, the touring group relayed the spirit of true Chinese culture to Canadian audiences. On April 13, Shen Yun ended its run in the Prairie Provinces in Regina, promising to return next year.

New York-based Shen Yun is the world’s premier classical Chinese dance and music company. Its mission is to reclaim the traditional Chinese culture, and while the eyes of the world turn more frequently to China it is Shen Yun that has most eloquently embodied the traditional spirit of the Chinese people.

Shen Yun has become the go-to yearly event for many who seek a refined, high-calibre performance that gives audiences more than pyrothechnics and flash. Regina audiences were no exception.

“The dancers are very skilled … with very colourful costumes, and very well-coordinated. And very interesting about the history that they’re taking and putting into dance,” said Ed Coulthard, an agricultural expert with Agriculture Canada.

“Such a long history of culture there—5,000 years. … [Shen Yun is] actually bringing that culture to life over that many years in such a short period of time.”

Artists the world over have found something in Shen Yun that speaks to the creative spirit. Fashion designers, dancers, and musicians alike have expressed their appreciation for Shen Yun’s brand of artistry.

“It’s almost like having a spiritual moment if you will. You just get shivers and goose bumps. … From beginning to end, it was just beautiful,” said dancer and musician Vanessa Wolfram.

“I was up in the second balcony so I could see all of the formations, which were just phenomenal. Everything was just in straight lines and I was just amazed at how they used the stage—it was just phenomenal to see,” she said.

Marrying old traditions with new technology is a facet of Shen Yun that brings the age-old beauty and tradition of China into the digital age.

One of the show’s unique features, the hi-tech digital images in the background, give a sense of reality between screen and stage. Exquisitely costumed dancers, solo musicians, and vocalists are choreographed to match perfectly the animated backdrops that change seamlessly from scene to scene.

“One thing I really, really like is the integration of the visual/video with the dancers,” said actor and writer Jean Freeman. “They do that so well. There’s a lot of high-tech but also very classical, very traditional, and very beautiful.”

With three touring groups travelling the world for the better part of the year, Canadian audiences won’t have to wait long for Shen Yun to return.