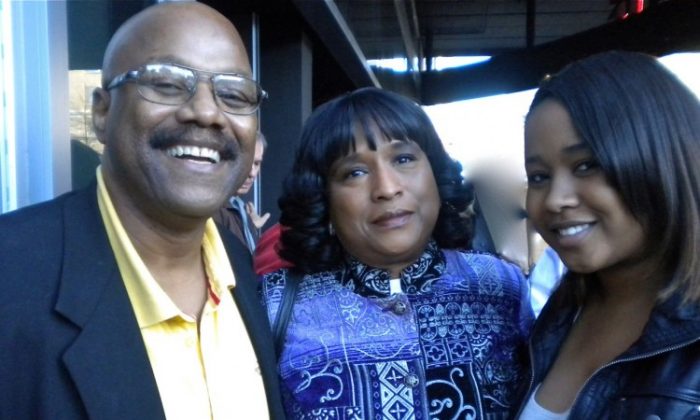 NASHVILLE, Tenn.—Jethro Martin, husband, father and production supervisor, treated his wife and daughter to a performance by Shen Yun Performing Arts Touring Company on Feb. 26. Catherine Martin, a university professor of mathematics and statistics, said the performance was “a great cultural introduction. You know, I’m always interested in knowing about other cultures … and it was pretty spectacular. We saw the advertisement on TV and my husband surprised me today as part of my continuing, ongoing birthday gift.”

While they waited for the valet to return their car in front of the Tennessee Performing Arts Center (TPAC), Mrs. Martin said her husband had made her birthday, “a birthday season. He said we would do something special today and this is something we’ve never done. We’ve been to TPAC to see plays but this dance was spectacular. We really enjoyed it.”

According to the Shen Yun program, “among the company’s artists are winners of international competitions in dance and music, as well as exceptionally accomplished choreographers and composers. No other Chinese performing arts company boasts such a remarkable body of talent.”

Daughter Karmen Martin, a college student, said some parts were funny and others “just give you goose bumps because of the way that they sung, and how they dance … looked. It stems from their classic dancing … It was really nice.”

Shen Yun describes classical Chinese dance as “one way in which 5,000 years of Chinese culture has been passed down and retained. It is a dance form built on profound traditional aesthetics.”

The gentleman who arranged his family’s special afternoon had the fewest comments. Smiling warmly, Mr. Martin said, “I enjoyed it. I don’t have a lot of words, but I enjoyed it, the colors, the costumes.”

Miss Martin added, “The costumes were amazing. So gorgeous, so colorful, they put so much time into it.”