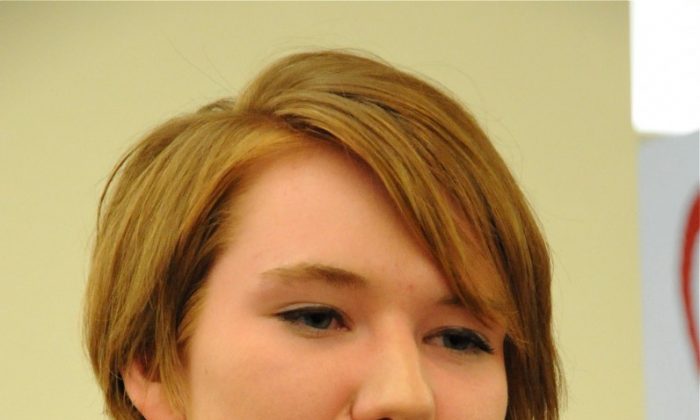 Based in New York, Shen Yun is the world’s premier classical Chinese dance and music company, with a mission to revive the true traditional culture of China—a heritage that the ancient Chinese believed was bestowed by heaven.

“I was up in the second balcony so I could see all of the formations, which were just phenomenal. Everything was just in straight lines and I was just amazed at how they used the stage—it was just phenomenal to see,” she said.

“I almost cried a couple of times, actually. The emotions, they were so present, especially if you recall the queen when she took over. Her husband had died, the king had just died, and she took over and she had the white cloth that was stained with his blood, and I was just so close to crying, it was just so beautiful. She was so, so elegant and you could see her loss in that, and it just really moved me.”

Ms. Wolfram was referring to the performance Mu Guiying Commands the Troops. In this story from Chinese history, female general Mu Guiying is bidding her husband goodbye as he heads off to war during the Northern Song dynasty, but is later devastated when a messenger returns with his bloodied cape. She is then inspired to defend her country in battle.

“I don’t understand any Chinese and yet I knew exactly how she felt; that was such a connection that you felt there,” Ms. Wolfram said.

She said another story-based dance, The Choice, made her cry. This performance shows the choice that many people have to make in communist-ruled China if they are to risk persecution by following their beliefs and conscience.

“It was where they were deciding  … and I just thought, ‘Oh my gosh, this is so relevant.’ I keep up with the news so I know a lot about the censorship and all that kind of stuff, and so to see that being portrayed on stage and finally have that freedom to show that, that was just phenomenal for me. I was just crying because it was just like ‘Wow, they finally get to show this is what it’s like and this is their decision.’ The spiritual element is really neat.”

Ms. Wolfram said there were several moments when she got goose bumps watching the harmony of the performance, and as part of the audience saw that harmony.

“It’s almost like having a spiritual moment if you will. You just get shivers and goose bumps. … From beginning to end, it was just beautiful.”