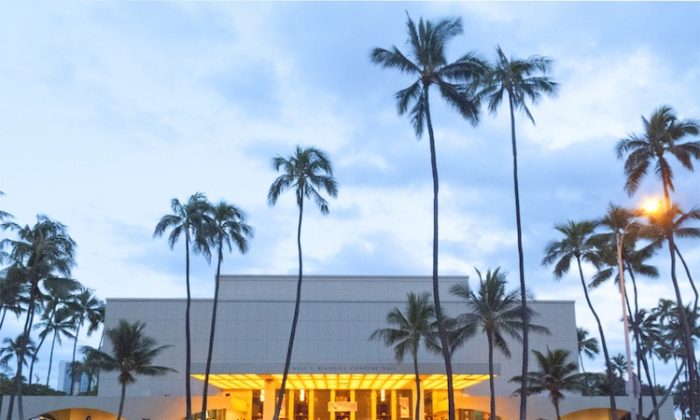 HONOLULU—Shen Yun Performing Arts, the world’s premier classical Chinese dance and music company, gave its first of four performances at the Concert Hall of the Neal S. Blaisdell Center in Honolulu on May 3. Among those in the audience were Jay and Sharon Fidell.

“There was precision in everything that happened, and the creativity just kept on going. Just when you thought you’d seen the end of it, it went further. This was an ultimate experience,” said Mr. Fidell, president of the nonprofit media ThinkTech Hawaii, after watching the performance.

Mr. Fidell said that watching the performance gave him a better insight into traditional Chinese culture.

“I think it’s really a continuum between the culture and the spiritual,” Mr. Fidell said.

New York-based Shen Yun Performing Arts was founded in 2006 with the mission to revive 5,000 years of Chinese culture, much of which has been lost in present day China.

“The message is that Chinese culture survives, but maybe it isn’t doing so well in China,” Mr. Fidell said.

Mrs. Fidell, who works in the legal department of a bank, said she thought the performance was “fabulous.”

“It was spectacular. The dancing, the movements … it was very colorful,” she said.

Mr. Fidell said he was impressed by the graphics technology used in the performance.

“That was fabulous. How did they do that? The people flying in and flying out on the screen; that was such precision. This was all a great attention to detail.”

Mr. Fidell said he enjoyed the flow in the performance.

Shen Yun takes its audience on a journey through China’s rich and vast history, from the Yellow Emperor to present-day China—recounting ancient myths and legends as well as contemporary stories.

“I also liked the hosts. I thought they were both great. The woman was out-of-this-world. She was actually a dancer standing still. Her moves were really captivating … It was really a treat to watch her,” Mr. Fidell said.

Shen Yun Performing Arts is performing at the Neal S. Blaisdell Concert Hall through May 5.