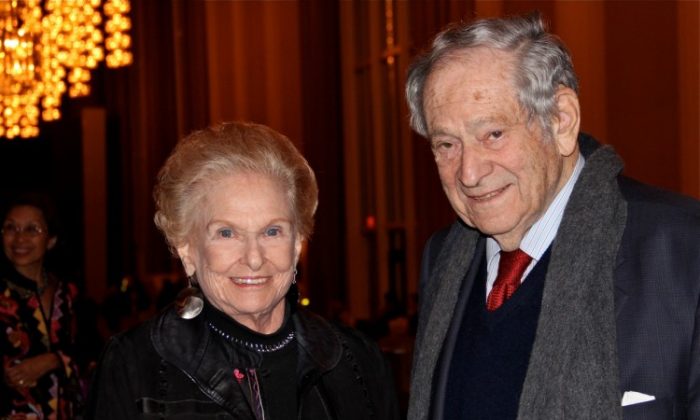 WASHINGTON—As a former music teacher in the District of Columbia, Viola Muscher, 89, is a regular at the Kennedy Center in Washington D.C., so it was no surprise that she should see Shen Yun Performing Arts Touring Company when it performed in the Kennedy Center Opera House on March 30.

“They were amazing,” said the veteran theatergoer of Shen Yun.

She marveled at the speed with which the dancers could change from one elaborate costume to the next.

“I couldn’t get over how they could possibly do the changes so quickly,” she said, describing the dancing as “spectacular.”

Ms. Muscher was also impressed with the digital backdrops describing them as “magnificent.”

Ms. Muscher taught music in the Washington region for 25 years and played the piano and violin. She has also had an interest in China, confessing that she has to this day a complete set of miniature jade Chinese instruments.

She “loved” Shen Yun music and thought the drumming was “wonderful.”

‘Every Chinese knows the Monkey story’

Leon Hutton, an accountant in the Department of Defense, was also in the audience with partner Connie Zheng. Ms. Zheng is from mainland China and runs her own internet marketing company.

Mr. Hutton said it was the first time they had seen Shen Yun and they were both loving it.
“I liked the Lily dance,” he said.

He was referring to the dance Lotus Leaves, which, according to the Shen Yun program, presents lotus maidens with full circle fans swaying like lily pads in the wind.

Ms. Zheng particularly resonated with the dance Khata of the Gods, which is an energetic dance depicting northern Tibetans in a devotional dance using the Khata, a traditional white scarf which is offered to the gods as a sign of devotion.

With her cultural heritage, Ms. Zheng also enjoyed the dance How the Monkey King came to Be, saying “every Chinese knows the Monkey story.”