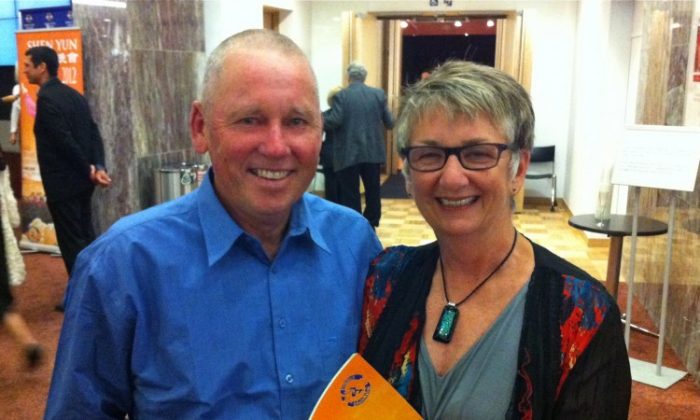 Ms. Taylor, who describes herself as a fan of dance, said she found the performance “thoroughly professional, extremely well-articulated.

“Yes, I have been I’ve been thoroughly impressed,” she confessed.

Classical Chinese dances and music are the means by which the New York-based Shen Yun is telling the world about the authentic traditional Chinese culture, almost destroyed during the last 60-odd years of communist rule.

“I don’t understand a lot about the classical tradition, but I’m interested in reading the programme and just understanding a little bit more,” said Ms. Taylor.

According to the Shen Yun website, the stories and legends behind the dances passed through China’s many dynasties right up until modern day times.

Ms. Taylor understood the theme throughout Shen Yun’s performances to be about good versus evil and said, “what comes across is a very happy and satisfying end result.”

She also remarked how cleverly the interaction between heaven and earth had been achieved by the use of the hi-tech backdrops. Animated characters portrayed on the backdrops melded into the stage and became part of the performance leaving Ms. Taylor with a lasting impression.