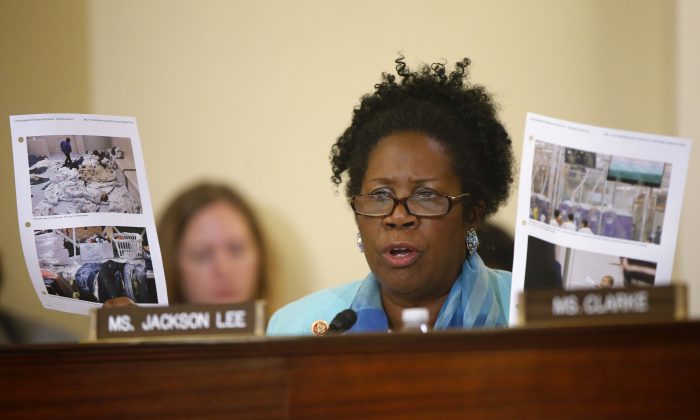 Democratic Rep. Sheila Jackson Lee was fact-checked for a point she made this week, and it didn’t turn out well for her.

Jackson said that the GOP lawsuit against President Barack Obama for overstepping his boundaries is a “veiled attempt at impeachment.”

That part could very well be true.

However, Jackson then said that her colleagues should oppose the resolution because it undermines the law that allows a president to do his job.

“A historical fact: President Bush pushed this nation into a war that had little to do with apprehending terrorists,” she said.

“We did not seek an impeachment of President Bush, because as an executive, he had his authority. President Obama has the authority.”

That turned out to be the part that was fact-checked. And House Democrats did introduce a resolution to impeach Bush in 2008. Jackson co-sponsored it.

It didn’t elaborate on what she intended to say.