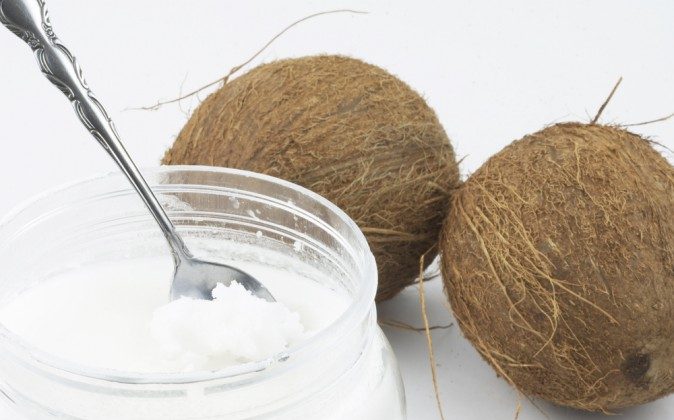 It might seem contradictory to everything that’s been said over the past 50 years about health, but one of the best ways to keep from getting fat is actually to eat more fat. One of the most powerful fat-burning foods, in fact, is the fat of coconut, known more popularly as coconut oil, which helps sustain blood sugar levels throughout the day and boost metabolism.

The key to coconut oil’s fat-burning potential is its high content of medium-chain fatty acids (MCFAs), a type of saturated fat that is processed by the liver and quickly turned into energy. As compared to long-chain fatty acids (LCFAs), MCFAs impose a greater satiating effect, meaning they make you feel fuller much more quickly.

The saturated fats in coconut oil help control the metabolism of carbohydrates, regulating their conversion into stored body fat.

According to a 2002 study published in The Journal of Nutrition, MCFAs not only increase energy expenditure but also help promote healthy weight control when consumed in placed of LCFAs. In other words, replacing unhealthy vegetable oils from things like soy and canola with coconut oil can have a profound effect on energy, blood sugar and, ultimately, weight control.

Consuming this important dietary fat triggers the release of a satiety hormone known as cholecystokinin, or CCK, which modulates hunger and helps minimize cravings for sugar and processed carbohydrates, both of which lead to obesity. The saturated fats in coconut oil also help control the metabolism of carbohydrates, regulating their conversion into stored body fat.

Coconut oil is also a powerful anti-inflammatory food rich in both lauric and capric acid, two specific fatty acids in the chain with demonstrated antiviral, antibacterial and antiprotozoal properties. It can help increase the bioavailability of nutrients found in other foods while simultaneously buffering the conversion of carbohydrates into body fat.

Why You Need Fat to Absorb Other Nutrients

The problem with low-fat and non-fat foods is that they are typically loaded with refined sugar and flavoring additives that make up for the loss of taste and satiety otherwise present due to fat. These additives have been shown to spike blood sugar levels and trigger an inflammatory response that can lead to metabolic disorders and heart disease.

But besides just the flavor and fullness aspect, dietary fats like the kind found in coconut oil and palm kernel oil are absolutely essential for the absorption of fat-soluble vitamins and minerals, including vitamin D. Not only do saturated fats increase the bioavailability of these nutrients, but they also aid in various other important biological functions such as lipogenesis, the conversion of simple sugars into fatty acids and hormone production.

The ideal time to consume coconut oil is 20 minutes before each meal.

“Fats as part of a meal slow down absorption so that we can go longer without feeling hungry,” explains the Weston A. Price Foundation, a major proponent of dietary fats. “In addition, they act as carriers for important fat-soluble vitamins A, D, E and K. Dietary fats are needed for the conversion of carotene to vitamin A, for mineral absorption and for a host of other processes.”

Those weighing over 180 pounds should take 2 tbsp of coconut oil before each meal, or 6 tbsp daily.

*Image of “coconut oil” via Shutterstock