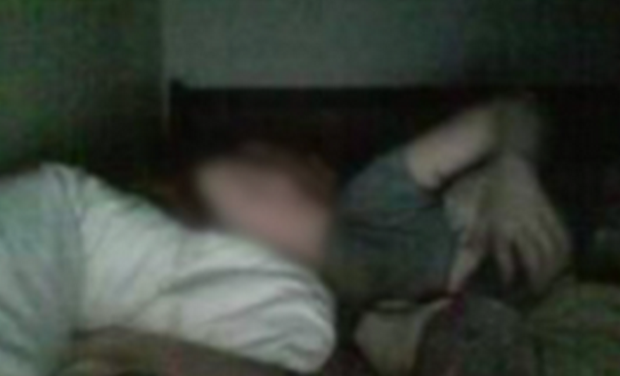 She Lies Down to Watch TV With Boyfriend. Minutes Later Someone Send a Photo…of That Exact Moment

Chelsea Clark was lying down with her boyfriend watching Netflix recently when she received a chilling message on Facebook.

The message contained pictures from her boyfriend’s laptop webcam of the couple in bed watching the show together.

MedStar Paralyzed as Hackers Take Aim at Another US Hospital

The hacker who sent the message was calling himself Mahmoud Abdo, and had a profile picture of the Joker character from Batman. “Realy,cute couple,” he said.

Clark said she had no clue someone could be watching them.

“We obviously had no idea it was taking place in the moment, but retroactively it was like a really, really deeply creepy feeling,” the 27-year-old told Newstalk1010. “It was very unnerving. I mean it does feel like there’s someone just in your home with you.”

The message was even more disturbing considering the fact Clark’s Facebook settings are supposed to not allow contact from strangers.

Clark reported the incident to police, who have taken the computer to analyze it for clues.

The hacker’s Facebook account was soon deleted, but police suspect that whoever did it knows the couple.

People can take a few steps to avoid being watched through their webcams, including avoiding sketchy websites, keeping their anti-virus and anti-malware programs up to date, and covering their webcam with a piece of paper.