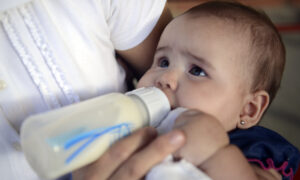 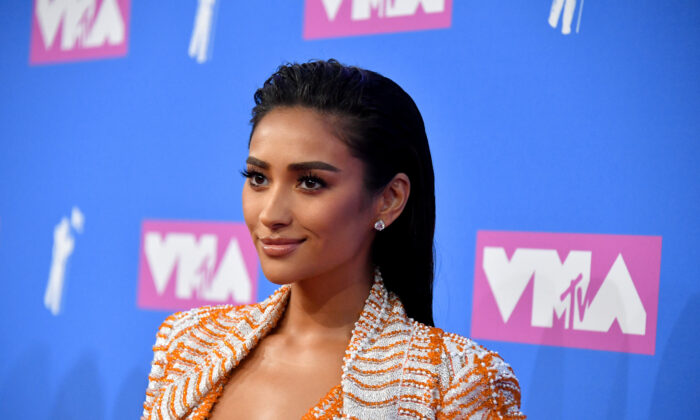 Shay Mitchell of “Pretty Little Liars” has announced the birth of her first child—a baby girl—with her boyfriend Matte Babel.

The actress, 32, shared the exciting news in an Instagram post on Oct. 20, where she uploaded a heartwarming photograph of her holding her onto her newborn daughter’s tiny hand.

The photo, uploaded Sunday afternoon, shows the newborn dressed in a striped white and pink onesie, with her hand wrapped around her mother’s finger.

The baby girl is Mitchell and Babel’s first child. The pair reportedly met through mutual friends and are rumored to have started dating since January 2017.

Their daughter’s name is yet to be revealed.

The actress announced her pregnancy in a surprise Instagram post in June, and has since been sharing her journey as an expecting mother on YouTube in a series titled “Almost Ready.”

“Does this mean I’m allowed to drive in the car pool lane at all times now?” Mitchell joked in her pregnancy reveal post, in which the actress posed in a photo showing her growing baby bump.

She also uploaded an announcement video to YouTube with the description: “There is something in the oven and it’s not my pizza!!! WOW … It’s kind of surreal processing the fact that another human is growing inside of you.”

Her pregnancy announcement came just months after the Hollywood star shared she had suffered a miscarriage last year at five months.

In January, Mitchell urged for more compassion in 2019 after revealing she had suffered a miscarriage and lost her baby.

“We all have to deal with various struggles and challenges in life. And sometimes it’s easier to only showcase the good times on social media, which is what leads many people to criticize it for its lack of authenticity. Having so many people follow me on Instagram and read my posts is both incredibly humbling and hugely uplifting,” Mitchell wrote on social media, according to E! News.

She added, “The support and affection that so many of you show me lifts me up during even my darkest days, one of which happened last year after I miscarried and lost the child of my hopes and dreams.”

In the post on Instagram, she included a photo of an ultrasound with a broken heart emoji.

Mitchell added: “In the spirit of the new year, I think that we need to remember that we are all on this journey together—in good times and bad—and to remind ourselves that we seldom really know or understand the struggles and hardships that other people are going through.”

“So, for 2019, let’s all try to be a little more compassionate, empathetic, patient and thoughtful with each other,” she wrote.

Mitchell added: “This sounds like a great resolution to me. I hope that you agree. Happy New Year everyone.”