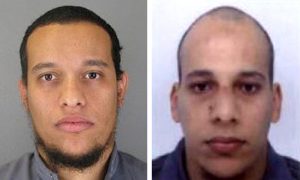 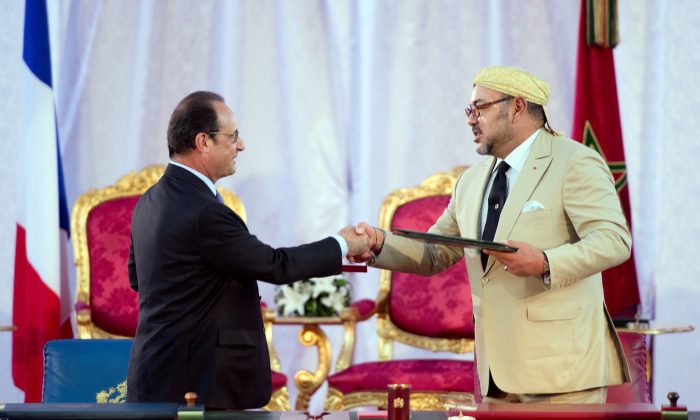 “Broadly speaking, the struggle within Islam is between Muslims who embrace the values of the modern world in terms of freedom, indi­vidual rights, gender equality and democracy on the one side, and Muslims opposing these values and insisting on a [radical] Sharia-based legal system on the other.  Any Muslim who even questions this version of Islam they refer to as a heretic or, worse, an apostate to be killed.”

The words above are by Salim Mansour, a Palestinian researcher who wrote an article in September 2014, shortly after the bombing campaign against the Islamic State (ISIS) had begun. It sums up what the stakes are in the struggle against the very harsh and literal interpretation of Islam that the ISIS is representing.

It also sums up the internal Islamic debate that took on extra urgency after the establishment of ISIS last summer. It was a debate that had been going on for a number of years, but driven primarily by Islamic scholars, journalists, and researchers based in the United States or Europe.

The struggle within Islam is particularly relevant for Europeans and Americans as well as for Muslims in the Middle East facing the very real threats from ISIS.

After the rise of ISIS and the birth of the new Caliphate, however, this discussion migrated back to the Middle East and is now firmly established throughout the region. Granted, it is still a minority that advocates an agenda of a reformed Islam and the need to reinterpret the basic Islamic texts, but nevertheless, a clear reformist trend is visible.

The urgency of this internal Islamic debate has been underlined, yet again, by another terrorist attack on European soil perpetrated by Islamists, this time in addition with ties to ISIS. The horrible attacks in Paris on Friday, Nov. 13, were a well-coordinated operation by several terrorists attacking at least six different locations more or less simultaneously.

In the counter-terrorist response following the atrocities in central Paris, it appeared that this was a terrorist operation with ties stretching into other European countries (including Germany and Belgium) and that the present threat level within the EU remains high.

Of special concern was the fact that at least one of the terrorists had entered Europe from Turkey to Greece amid the large influx of migrants pouring into Europe. False Turkish passports among some of the dead terrorists also point to a potentially volatile situation whereby ISIS is making good on its pledge to hide operatives among the many migrants entering Europe.

Thus, the struggle alluded to by Mr. Mansour is particularly relevant for Europeans and Americans as well as for Muslims in the Middle East facing the very real threats from ISIS. The importance of the matter has not only triggered a renewed and re-invigorated discussion among researchers, scholars, diplomats, and journalists in the region.

As a result of this process of challenging the Islamists on security and theological levels, the King of Morocco, Mohammad IV, who called President Hollande to pledge support (the first Arab head of state to do so) and—a few days after the attacks—ensured that key intelligence from the Moroccan External Security Service reached their French counterparts. This ultimately led to the successful operation in Saint-Denis on Wednesday, Nov. 18.

The King has ordered the Moroccan “Superior Ulema Council” (Le Conseil Supérieur des Ouléma) to weigh in on the meaning of “jihad,” a powerful concept at the core of Islamist belief. In ruling that a better and truer definition of jihad should reflect areas other than armed struggle, the Moroccans have taken on a very difficult and loaded concept within Islam.

What Morocco is doing, by taking the theological battle to the Islamists themselves, is pushing back against the religious underpinnings of Islamist violence.

There is no telling how far this will go, but what Morocco is doing, by taking the theological battle to the Islamists themselves, is pushing back against the religious underpinnings of Islamist violence. This is highly relevant as well as a courageous and important step in the internal debate necessary to free Islam from some of its more unsavory basic tenets.

And, more importantly, this advances the notion that in order to effectively counter Islamists—militant and non-militant—Islam needs to question some of the hard-core religious beliefs enshrined in the religious texts. There is a basis for this in Islam as well, namely the idea of “ijtihad.” And by using such an old and established concept (although rarely used in this way), Morocco is ahead of the curve, showing a way forward that has the potential to change the way Islam is discussed in more places than in Morocco.

Tied to this discussion is the very urgent and current issue of how to deal with the immediate operational challenges that ISIS poses to both Europe and Middle East and North African countries. And also on this score, quiet Morocco has shown a possible way forward.

First was the timely and actionable intelligence the French received from the Moroccans, leading up to the successful operation in Saint-Denise last week. On the heels of that, the Moroccan Intelligence service helped their Belgian counterparts in the on-going operations in and around Brussels.

The importance here lies not so much in the information—even if that is imperative—but more in the quiet, efficient way the information sharing was conducted. In the notoriously difficult and sensitive area of intelligence work, finding a way to share current and timely information is key. And instead of trying to win PR points by loud-mouthing such cooperation, the Moroccans are finding a fast and efficient way of doing this. It is to be hoped that this approach is emulated throughout the region.

Magnus Norell, Ph.D., is an adjunct scholar of The Washington Institute and a senior policy adviser at the European Foundation for Democracy (EFD) in Brussels. Previously, he was an analyst for the Swedish Secret Service and Military Intelligence, and eventually project leader and senior analyst at the Swedish Defense Research Agency, and a senior research fellow at the Swedish Institute for International Affairs in Stockholm.