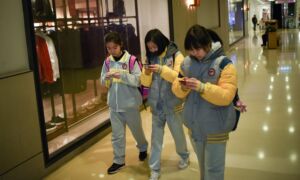 China’s Consumer Price Index (CPI) rose in May, reaching a 34-month high. Inflation pressures are not seen as abating in the short term and the possibility of further increases exists. Analysts also see the possibility of raises in the interest rate and deposit reserve requirements.

Food costs increased the most for the year, rising 11.7 percent through May.

The continuing rise of the CPI concerns scholars. The Central News Agency reported that Kong Aiguo, professor of the Department of Finance at Shanghai’s Fudan University, set forth the two methods of controlling the CPI: monetary policy, and price controls on raw materials.

Prof. Kong predicted that the People’s Bank of China would raise interest rates to reduce inflationary pressures. He worries that the Bank may err since controlling the rise of consumer goods is the key to fighting inflation.

Kong said the government should control the prices of raw materials, instead of dealing downstream with the price of private enterprises’ production.