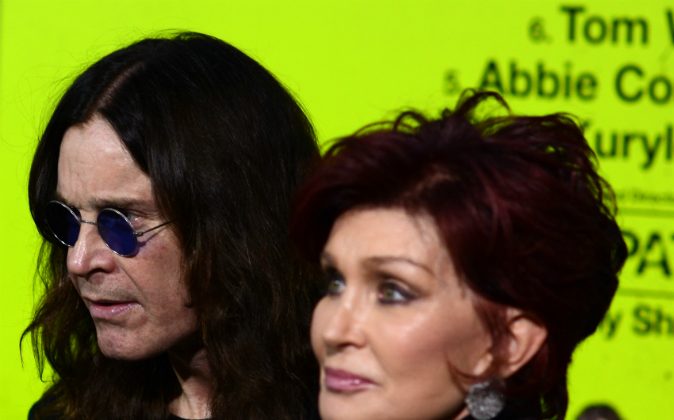 Sharon Osbourne Addresses Marital Woes With Ozzy on ‘The Talk’

Sharon Osbourne rejoined her fellow co-anchors on CBS “The Talk” on Tuesday, May 10, where she addressed the drama surrounding her marriage to Ozzy Osbourne.

The broadcast began with Osbourne walking out holding the hands of her cohosts as the audience cheered her on and chanted, “Sharon! Sharon!” Once seated, the four other cohosts appear to sip coffee from their mugs, while Osbourne—took a page out of Beyonce’s book—and sipped lemonade from a glass.

“I’ve been avoiding looking at any pictures or reading anything. I know what’s going on,” she said. “I don’t need to read about it and see about it because it’s like putting salt in a wound. So I don’t need to.”

She continued by thanking everyone for their support.

“I honestly cannot thank people enough for their backing me. For saying they love me. For everybody here at my home, supporting me, sending me messages of love,” she continued. “I honestly am empowered and I have found this inner strength and I’m like right. OK. What’s next?”

Osbourne was a no show during Monday’s airing as reports suggested her longtime marriage to Ozzy hung in the balance due to cheating allegations. According to sources, 67-year-old Ozzy cheated on the television personality with Hollywood hairdresser, Michelle Pugh. The two reportedly bonded over their love for the rock music genre.

When Sharon Osbourne caught wind of the alleged affair, she reportedly kicked the “Black Sabbath” singer out of their marital home. The couple’s three children—Jack, Aimee, and Kelly—made several unsuccessful attempts to reach their father, with some reports suggesting the father of three was missing. However, he was was photographed walking his dog in Los Angeles on May 9.

Sharon Osbourne also confirmed Tuesday’s TMZ’s report that Ozzy has moved back into the home and she has moved out.

The 63-year-old admitted she was uncertain on what her future holds.

“It’s right for me because I honestly at this point today have no idea what I’m going to be doing with the rest of my life,” she admitted. “I don’t know where I’m going, who I’m going with. And I just need time to think. And really think about myself, about what do I really want for … Because I’m 63 years of age and I can’t keep living like this.”

She added that she loves the man who gave her “three gorgeous children.”

“I love Ozzy dearly, you know. He’s given me an unbelievable life,” she said. “He’s given me three gorgeous children … You know, I love him.”

Related Coverage
Sharon Osbourne Has Kicked Out Ozzy After 33 Years Of Marriage: Report

As for a divorce from Ozzy, she also isn’t sure about that.

“I honestly don’t know,” she said. “At this point, I cannot answer that because I don’t know what I want.”

Sharon and Ozzy Osbourne married in 1982 and broadcasted their family life on the MTV reality show, “The Osbournes” from 2002 until 2005.