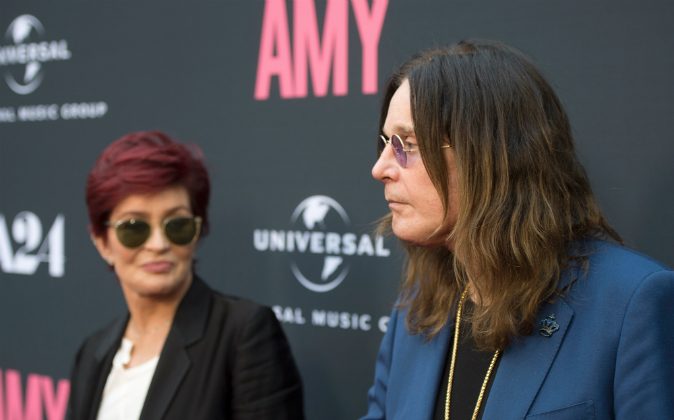 Sharon Osbourne Absent on ‘The Talk’ Amid Marriage Issues

Sharon Osbourne was not in her usual seat among the ladies of the CBS talk show, “The Talk” on May 9, as she took a personal day off amid the drama surrounding her marriage to rock star, Ozzy Osbourne.

“Now before we get started, as you can see Sharon is not here today,” Chen said. “There were many tabloid headlines this past weekend about her and Ozzy, rumors and speculation that they have split up after nearly 34 years of marriage. Sharon understandably took today off. We are sending all of our love to her and to her family and we ask that you do the same.”

According to reports, the couple’s marriage has been hit with infidelity allegations, particularly with hairdresser, Michelle Pugh.

“It was known in the salon that they were a little too close,” a source told Entertainment Tonight. “Michelle is super into rock and metal music, so they bonded over that.”

Sharon reportedly kicked the 67-year-old rocker out of their California mansion. Since his forced exit, the rock star hasn’t been in contact with his children, who are desperately looking for him.

This is just one of several lows for the couple who’ve been married for nearly 34 years. Ozzy struggled with a drug and alcohol addiction, but managed to kick it and remained sober for 10 years, before he relapsed in 2013.

Sharon is a cancer survivor, having battled colorectal cancer in 2002. However, there have been highlights for the couple in the birth of their three children—32-year-old Aimee, 31-year-old Kelly, and 30-year-old Jack.

Sharon is scheduled to make her return on May 10, where she will address the recent events in her personal life. She has expressed transparency about her marriage with viewers in the past.

“He’s been using alcohol and prescription drugs for the past year and a half. That’s true. That’s very true. Everybody knows he’s been struggling with this his entire life,” she shared two years ago on the show. “I never knew he was using prescription drugs. I knew he was drinking occasionally, but I didn’t realize to the extent.”

At that time, Ozzy reportedly had a relapse with alcohol and drug abuse and the couple were again faced with divorce rumors, which she denied.

“However, am I happy?” she continued, “No. Am I upset? Yes, I am. I’m devastated. It’s a disease that not only hurts the person who has the disease but it hurts the family.” She added, “We’re dealing with it. We’ve dealt with worse … This, too, shall pass.”