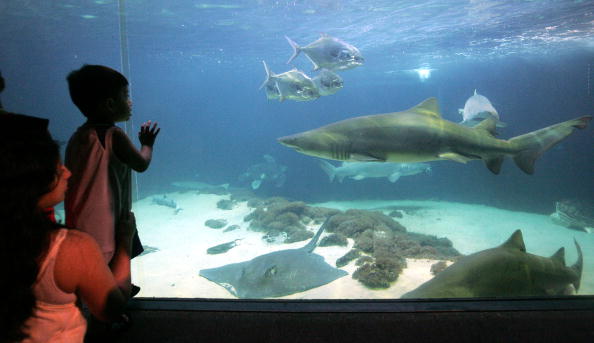 Sharks Remain Poorly Protected in the Atlantic After Fisheries Meeting

Alongside the millions of tons of fish caught each year, anywhere from 30-50 million sharks perish annually as bycatch – accidentally caught up in nets intended for other fish. And since many targeted fish, like tuna, are found in the same areas as sharks, there is no doubt that the commercial fishing industry is directly linked to sharks’ survival or decline.

The International Commission for the Conservation of Atlantic Tunas (ICCAT) is dedicated to the management of tuna fisheries in the Atlantic. It is made up of forty-nine different countries, all working together to manage tuna-like species and pelagic sharks (those found in both deep and shallow water) fished in the Atlantic Ocean.

One serious threat to sharks is the practice of finning – slicing off a shark’s fins and throwing the body back into the sea, leaving it to drown. This barbaric practice allows fishermen to kill a much higher number of sharks because they only have to fit the fins on their boat, not the entire body.

Defenders of Wildlife was present at the 19th Special Commission Meeting for ICCAT last November as an NGO observer after working hard to advocate for a fins-attached resolution. This rule would require all fishermen to land sharks with fins attached, making it more difficult to practice shark finning. Overall support for this proposal is growing (though one sponsoring country quietly withdrew its support this year), and this was the sixth attempt to establish such a rule for the ICCAT.

Last year, fourteen countries put forward a proposal to put a new regulation in place. Unfortunately, China and Japan blocked the proposal, and the finning ban on sharks remains weak throughout the ICCAT fishing area.

Another proposal was also defeated, this one for the fifth year in a row. The proposal would have made it illegal to catch or sell porbeagle sharks in the ICCAT fisheries. Each year that this proposal remains on the table, the vulnerable porbeagle sharks continue to decline.

This year, Defenders will continue to reach out to delegates, educating them on these issues and encouraging them to support proposals that will further shark conservation, including the “fins attached” proposal. Even though these proposals were ultimately unsuccessful last year, there was a marked increase in support. In the wake of the shark protection proposals adopted by the Parties to the Convention on Migratory Species, and the “fins-attached” and porbeagle catch prohibition proposals adopted by the North East Atlantic Fisheries Commission, Defenders remains hopeful that ICCAT will follow suit at this year’s meeting and get on board with the growing worldwide movement to protect our sharks.