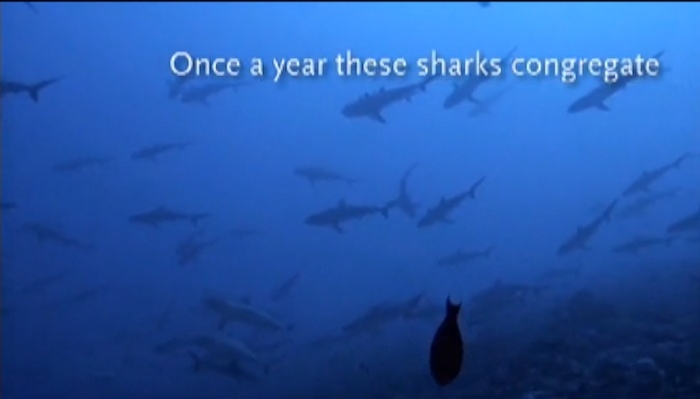 Sharks full moon: New research has indicated that sharks tend to dive deeper in the ocean during a full moon.

A study from the University of Western Australia made the findings, according to the Stuff.co.nz news website.

Scientists put tags on 39 grey reef sharks near the Philippines and evaluated them for nearly three years before coming up with their findings.

“Depths of sharks at night increased from 40m during the new moon, to 60m on the full moon,” the study said. The study looked at how deep the sharks would dive, where they lived, and where they bred.

Other fish, including swordfish, blue eye tuna, and yellowfin tuna, also dived deeper during a full moon, according to AFP. Researchers said that the shark’s behavior might be related to feeding.

The sun also appeared to impact the sharks’ behavior, with sharks going deepest during midday. They started to come back to the surface in the afternoon.

“This matches how light changes on the reef during the day,” Vianna said in a statement, according to Yahoo News. “To our knowledge, this is the first time such patterns have been observed in detail for reef sharks.”