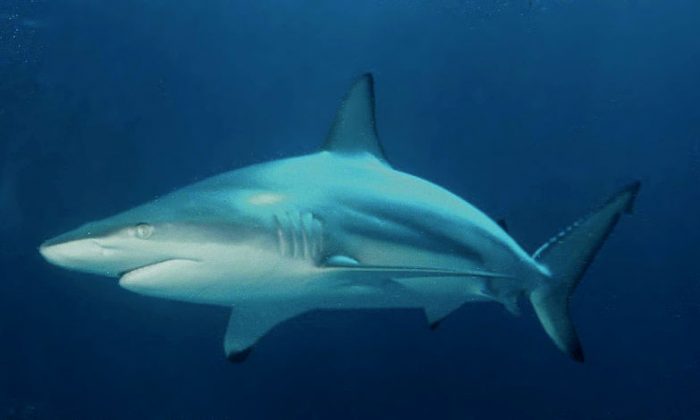 A man said he was bitten by a shark in 1994, and 25 years later, he removed its tooth from his foot.

Jeff Weakley was surfing off a beach in Florida, according to a news release from the Florida Museum of Natural History. He first thought he had a blister that came from running.

But decades later, when he popped the blister with a tweezer, a small tooth came out.

When a piece of shark tooth came out of Jeff’s foot, he realized it was from a shark bite 25 years ago. It was a long shot DNA test, but @UFsharkresearch @UF successfully ID’ed the #shark that bit him.
Story: https://t.co/ZVCZroSuHf pic.twitter.com/0XML1guEXm

He then sent it to the Florida Program for Shark Research at the Florida Museum of Natural History. There, officials determined the tooth belonged to a blacktip shark, which are commonly found off Florida’s coast.

“I was very excited to determine the identity of the shark because I’d always been curious,” said Weakley, who is an editor of Florida Sportsman magazine. “I was also a little bit hesitant to send the tooth in because for a minute I thought they would come back and tell me I’d been bitten by a mackerel or a houndfish—something really humiliating.”

Weakley said that he always suspected that it was a blacktip that bit him.

“I’ve been lucky to have not been bitten by a dog, but I would regard that interaction I had with that shark as being no different or more destructive than a dog bite,” he said. “I certainly don’t have a hatred of sharks or any feeling of vindictiveness toward them. They’re part of our natural world.”

Weakley said, however, that he doesn’t have a romantic view of the animal.

“I’ve consumed blacktip shark and thought it was delicious,” he told the museum.

An airplane flew over the Florida coastline and captured footage of swarms of blacktip sharks migrating south over the winter. The tiny dots clustered in the video are all sharks.

The sharks are said to be around 6 feet in length each, and they usually travel south for the winter.

And the blacktips are only several hundred feet from shore, Stephen Kajiura, an associate professor at Florida Atlantic University, told ABC News. Observing them migrate is normal, but the number observed at the time was unusually large.

Biologists say it’s normal for the sharks to do migrate in such a fashion.

The sharks have arrived! Thousands of sharks spotted off Palm Beach this morning during the aerial survey flight. Looking forward to fishing and tagging this weekend. #sharkmigration #blacktip #shark @colganfoundation

“It’s not unusual, but it’s great to see them,” Kajiura told ABC News.

Kajiura added to CBS 12 in Florida: “There are literally tens of thousands of sharks a stone’s throw away from our shoreline. You could throw a pebble and literally strike a shark. They are that close.”