Shark Attacks 17-Year-Old, Dad Bravely Punches It 5 Times on Nose to Save Her 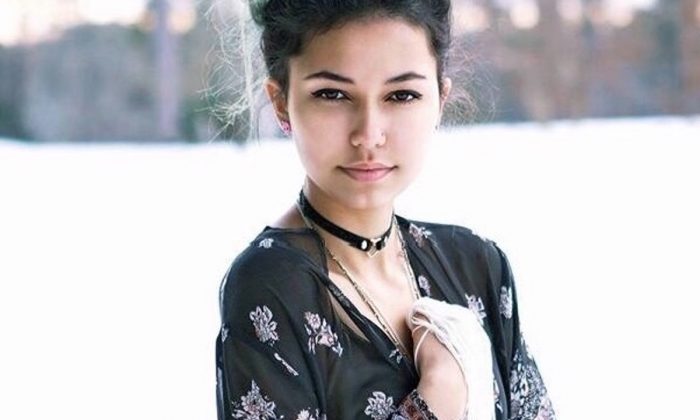 Paige Winter, 17, survived a shark attack because her father punched the shark five times at Atlantic Beach on June 2, 2019. (Prayers for Paige/GoFundMe)
By Venus Upadhayaya

A 17-year-old survived a shark attack at a beach close to North Carolina’s Fort Macon State Park on June 2 because her father punched the shark five times.

Paige Winter from New Bern was swimming at Atlantic Beach when the attack happened. According to Atlantic Beach Fire Department officials, she suffered “deep lacerations to her leg, pelvic, and hand areas,” reported WCTI12.

Father Charlie Winter’s is a marine, firefighter, and paramedic, according to a fundraising campaign for the teen on GoFundMe. He punched the shark five times on the nose forcing it to give up its hold on the girl.

Winter’s grandmother, Janet Winter, wrote on Facebook how Winter was saved by her dad’s quick actions. “Thank God our son was with her he said he punched the shark in the face 5 times before it let go. Wish we could be with them,” she wrote in response to a comment.

In another comment, Janet said Winter may need a “hand transplant in the future and several on the other.”

Following the attack authorities shut the beach, with park ranger Paul Terry telling WRAL that the sea was murky at the time of the attack and two sharks were seen in the waters afterwards.

A witness described the moment when Winter got out of the sea after the attack. “All of a sudden everyone started screaming, and I looked to my left and they were rushing towards this little girl. She looked little but she’s actually 17,” Lacy Whorton told WRAL.

“And it looked like she was belly crawling on the beach and officials were running towards her and whistles were blowing and everyone was screaming and they quickly got everybody out of the water,” she said.

Vidant Medical Center said that the teen is in good condition and is receiving good care, according to WCTI12.

“Her family expresses their appreciation for the first responders, the individuals on the beach who helped, and her heroic father who saved her life,” said Vidant Medical Center.

The GoFundMe page has raised over $5,400 for Winter. “No donation is too small and the funds will be used to assist in the many surgeries, physical therapy, prosthetics, recovery process, and Charlie’s missed days from work,” said the appeal.

The teen girl is reportedly a marine life lover and, despite the attack, continues to love sharks. “Despite this unfortunate circumstance, Paige is an unwavering advocate for the marine life and the animals who live in the water. She wishes for people to continue to respect sharks in their environment and their safety,” ABFD said.

An updated message on GoFundMe said: “Per Marcy Winter (Paige’s Mom) Paige is out of surgery and awake, she’s still pretty groggy but cracking jokes. She wants everyone to know that sharks are still good people.”

Donors on the fundraising platform appreciated Winter’s never-die spirit. “Your attitude when faced with adversity is inspiring. Wishing you a speedy recovery,” said Lani Bouchacourt.

“You are strong, you are in my prayers,” said Vickie Strickland.

Last year a 14-year-old surfer was attacked by a shark at the same beach. The boy was bitten twice on his right leg on Aug. 19, 2018, reported WRAL.