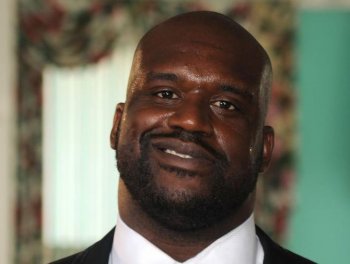 Alex Johnston
View profile
Follow
biggersmaller
Print
Shaquille O'Neal, a four-time NBA champion, announced to the media on Tuesday that he has officially signed with the Boston Celtics and looks to get the starting center position while Kendrick Perkins is out with an injured knee.

O'Neal, 38, is entering his 20th season in the league and is joining the already aging and veteran “Big Three” of Paul Pierce, Ray Allen, and Kevin Garnett.

Critics had said that if O'Neal signed with the Celtics—or with any team—he will just be a huge distraction, citing conflicts between him and former teammates on some of the past teams he's played on. O'Neal has also been criticized for his sometimes inability to play a supportive role during the twilight of his career.

However, if he gels with the already veteran and battle-tested roster, Boston could form the first “Big Four,” or even “Big Five,” if one includes point guard Rajon Rondo. With O'Neal on the roster, the team can potentially make a deep playoff run and thwart the Los Angeles Lakers big front court if the two teams make it back to the finals.

“I’m at the point of my career where I’m a role player,” O’Neal said last Saturday, according to the Boston Herald. “I’m going to do whatever they ask me to do. I’m not looking to come up there and dominate the ball and do too much. Whatever they need me to do, I’m going to do.”

Even if his numbers have been down over the past few seasons, Shaq still a big body who has the ability to warp defenses just by his mere presence in the paint. And despite his age, O'Neal averaged 12 points a game, 6.7 rebounds, and 1.2 blocks in 23.4 minutes per game.

“Obviously I’m at the end of my career and I just wanted to be at a place that has a winning tradition. Boston has that. This kind of reminds of the old Boston teams where they had four legitimate first-ballot Hall of Famers on the same team,” O'Neal said.

O'Neal and the Celtics will play his former team, the Cleveland Cavaliers, on the two teams' season opener.