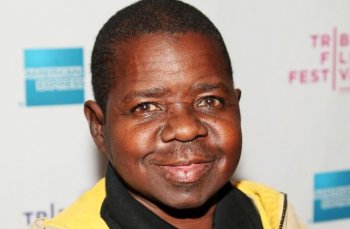 Actor Gary Coleman during the 2009 Tribeca Film Festival. Coleman is in critical condition after a reported head injury on May 27. (Michael Loccisano/Getty Images )
Entertainment

By Ian Ritz
Print
Shannon Price has shied away from the media while husband Gary Coleman is in critical condition at a Utah hospital attracting attention from fans who want to know more about the injured actor.

UPDATE: Shannon Price and her father were at the hospital when Gary Coleman died earlier today.

Shannon Price and Gary Coleman were married in 2007 and have had a rocky marriage. The pair are still legally married, but Price has not made any statement on Coleman’s condition leaving some to wonder what is going on.

Coleman’s brother-in-law made a brief statement Thursday night to TMZ confirming that the actor was in hospital in critical condition.

Coleman gained popularity in the entertainment world for his role as Arnold on Different Strokes. One of his common phrases “What you talkin’ bout’ Willis?” has been imitated by a long list of comedians for more than 20 years.

He has gained media attention more in recent years because of his tumultuous relationship with Shannon Price. Price was arrested for domestic violence at the couple’s home in 2009.

Coleman was arrested in July of 2007 in Utah after one of the couple’s arguments got a little out of hand. The police were contacted and Coleman was issued a citation, reported TMZ.com.

Coleman has now been to the hospital three times this year. His last visit resulted from a seizure while on a television set in Los Angeles.