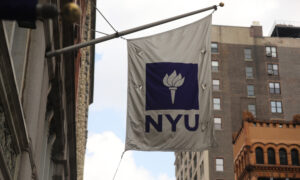 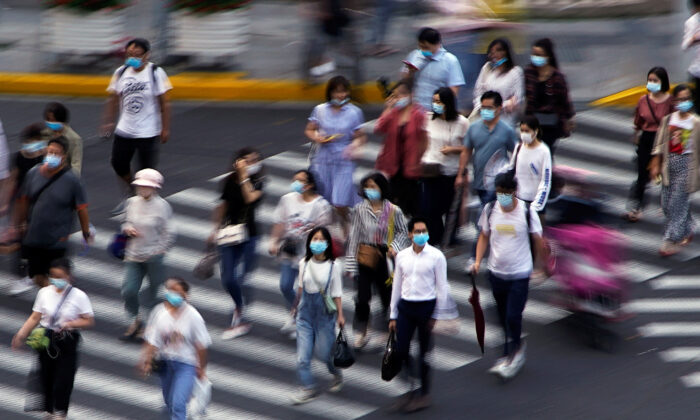 Shanghai’s new regulations, which require visitors to register their personal information if they stay in the city for more than 24 hours, caused backlash on Chinese social media. One expert believes the Chinese Communist Party (CCP) will implement the same rules throughout China in the near future because it is confronted by four major crises that threaten its rule.

On April 1, Shanghai began to enforce the newly revised “Shanghai Real Population Services and Management Regulations,” demanding visitors who stay in the financial hub for more than 24 hours to register or face a fine of up to 5,000 yuan ($750).

On March 31, when Chinese social media gave advance notice of Shanghai’s new regulations, it immediately caused backlash, with 160 million views on Weibo and 22,000 people mostly venting their anger or discontent over the news. The following are a few comments from netizens.

“Shanghai is becoming more and more like a perfect Foucault’s panopticon [in reference to a form of surveillance].”

“A Chinese citizen can’t travel freely in his own country? … Shanghai is within the border of China, but as a Chinese citizen, I have to register to go to another place in my own country … it’s a big city. Shanghai visa—it’s so funny!”

“The Shanghai Republic was founded today! Beijing has an entry permit, while Shanghai has visa-on-arrival.”

“I think Shanghai should build its own border wall, and then establish a border military defense position, and any visitors who come to Shanghai must first apply for a visa at a Shanghai embassy!”

“What is the basis for Shanghai’s new rules? For foreign visitors, yes. But for domestic visitors, what is the point??????”

‘Shanghai-Xinjiang Model’ May Be Extended to the Entire Country

U.S.-based China affairs commentator Li Yanming told the Chinese-language Epoch Times, “The CCP has begun to roll out the Xinjiang control model in Shanghai, and it is likely to be extended to Beijing, Guangzhou, Shenzhen and even the whole country in the future, to control every move of the public at any time and any place.”

In response to the Shanghai government’s statement that this is only a “voluntary registration for individuals,” Li said that it is a lie. Authorities have other administrative and legal means to exert control and monitor people, so it doesn’t really matter whether individuals get registered or not.

The reason for the tightened control is related to the great challenges that the CCP encounters both at home and abroad, Li said. He mentioned four major crises.

First, a new surge of COVID-19 has started to intensify across the country. Recently, Ruili city in Yunnan Province has entered lockdown again, with over 100 cases reported by local officials. The new tightened control implemented in Shanghai is likely to be related to the epidemic situation, Li said.

Second, the diplomatic and military confrontation between China and its neighbors has escalated. The United States and its allies are working together to contain the CCP, as tensions escalate in the Taiwan Strait, the South China Sea, the Diaoyu Islands, and the Korean Peninsula.

Li said that if a war breaks out in the Indo-Pacific region, Shanghai will be the first to bear the brunt due to its geographic location, and the CCP must strengthen its defenses. The new registration rules for visitors may be a prelude and preview of Shanghai’s state of emergency preparedness.

Third, the social and economic crises in the mainland have reached a critical point, Li said. Shanghai, as the national economic and financial center, has become the focal point and major challenge for Beijing and local authorities.

Fourth, conflict among political rivals has significantly intensified as the 20th National Congress is set to take place next year. Shanghai is part of a power struggle between Xi Jinping and former Party leader Jiang Zemin. Jiang established his political power in Shanghai as mayor and subsequently secretary of the Shanghai Municipal Party Committee in the 1980s.

The city is now taken over by Li Qiang, the incumbent secretary of the Shanghai Municipal Party Committee, and he is considered to be Xi’s crony. Li Yanming said that Xi’s tightened grip over Shanghai is very significant because it determines the outcome of the political clash between Xi and Jiang. And if Li Qiang advances smoothly to the Politburo Standing Committee (China’s top decision-making body) at the 20th National Congress, then it would enable Xi to consolidate his power.