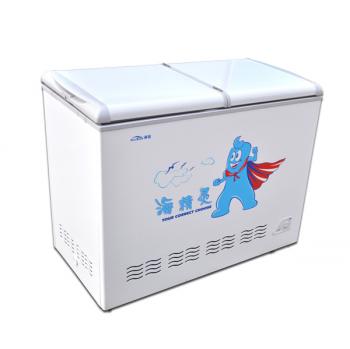 Rona Rui
View profile
Follow
biggersmaller
Print
The curtain rose on the Shanghai World Expo on April 30 after eight years of preparations and at an estimated cost of US$58 billion. The Chinese regime advertises it as the “largest ever.”

But that might not be the sole superlative tied with the expo. An estimated 18,000 families were evicted, many forcibly and without proper compensation, to make way for the 1,305 acres of land appropriated for the Expo.

“The opening of the Shanghai Expo today is a disaster for all the evictees and all the victims of the Expo,” says Shen Ting, chair of the League of Chinese Victims (LCV).

The League plans to file a lawsuit in Paris against the event’s organizer, International Exhibitions Bureau, for granting Shanghai the right to host the World Expo. They have hired French lawyer William Bourdon and addressed the group in an open letter which states that they are morally and legally responsible for the actions of the Chinese regime which has left thousands homeless.

“Shanghai got the right to host the World Expo through deceit, and [cleared] the site through eviction,” Shen said, adding that people not only lost their homes, but the compensation accorded to them was tantamount to robbery.

Amnesty International reported that women housing activists in Shanghai were mistreated, harassed, and incarcerated in unofficial places of detention known as “black jails” for taking part in a wave of anti-eviction activism.

Typical of large events held by the Chinese regime, the Shanghai Expo has taken stringent security measures—the most extensive in the history of World Expos. Many of the targets of such precautions are victims of China’s human right violations. The presence of large groups of Chinese airing their grievances against the Communist Party in front of an international audience would be deeply embarrassing to the regime.

Shen Peilan, a petitioner from Shanghai, told The Epoch Times: “It is said that the public is welcome to attend the Expo, but petitioners are denied all rights. The police issued a notice to bar us from the Expo. Many of us have been monitored and suppressed, many have been arrested, and some have had to flee Shanghai.”

A group of nearly a dozen businessmen from Hong Kong and the United States arrived in Shanghai with plans to stage a surprise protest in the World Expo Pavilions. Shortly after they arrived, however, they realized they were being followed. Soon they were surrounded by over a dozen agents and detained.

The Expo has also stirred up a number of scandals. The theme song, “Right Here Waiting for You,” plagiarized a popular Japanese song released in 1997. The allegations have been reported in several major media outlets, but are not allowed to be reported in China. Chinese Internet users described it as “another international joke.”

The Expo’s mascot “Haibao” appears to be a cross between Gumby and the logo of Henan Haibao Electrical Appliances Co. A manager of the company said they had no idea why the Shanghai Expo used almost the same image as their logo for its mascot, or why the mascot “borrows” the company’s name. “Frankly, it was a surprise for us, and the biggest ever advertising for free!” he said, according to an Associated Press report.