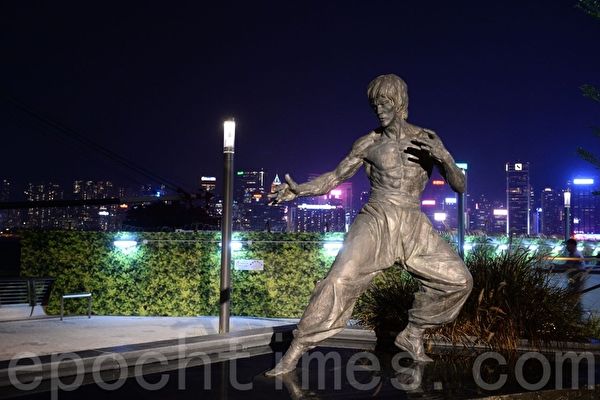 A Shanghai court recently conducted a hearing on the lawsuit against several locations of the Chinese fast-food chain Real Kungfu for infringement of Bruce Lee’s image.

Bruce Lee Enterprises, LLC, headed by Shannon Lee, the daughter of Bruce Lee, filed the lawsuit in 2019 demanding that Real Kungfu immediately stop using the image of her father and pay compensation of 210 million yuan (about $30.56 million).

According to the court file on Aug. 25, the case was a dispute of “personality rights of a natural person,” Chinese media reported.

Bruce Lee became an icon of martial arts after starring in numerous movies. He was the first ever Asian-American actor in a Hollywood lead role.

Since Shannon Lee, the director of the California-based Bruce Lee Enterprises, bought back the rights to her father’s image from General Electric’s Universal Studios in 2008, her company has worked to protect the legacy and legal rights relevant to Bruce Lee’s image, personal dignity, and property.

The 2019 lawsuit demanded that the defendant immediately stop using the late superstar’s image, issue statements in the media for 90 consecutive days clarifying that Real Kungfu has no connections with Bruce Lee, and pay compensation of $30 million in damages and $12.590 in reasonable legal expenses.

At that time, Real Kungfu responded that the logo was applied with rigorous screening by the national trademark agency; the chain restaurant would not seek settlement but “energetically study the case and prepare for the lawsuit,” said the Chinese media report.

The news went viral on the Chinese social media Weibo, many netizens said they had the impression that the restaurant was authorized to use Lee’s image.

The restaurant never admitted the image on the logo was of Bruce Lee; but the pattern and colors are consistent with Lee’s classic martial arts gesture in his last film, Game of Death.

Real Kungfu was founded in 1990 in Dongguan, China. There were about 600 locations in China at the beginning of 2020, according to a Chinese media report.

The official website of the restaurant claims its long-term goal is to reach an annual operating income of over $21.83 billion with a total of 20,000 chain stores worldwide by 2030. It aims to keep pace with McDonald’s and KFC globally, becoming the world’s No. 1 brand of Chinese fast food.

Tong Yijia contributed to this report.