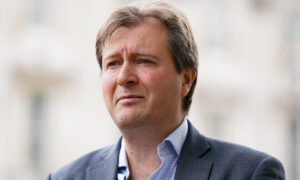 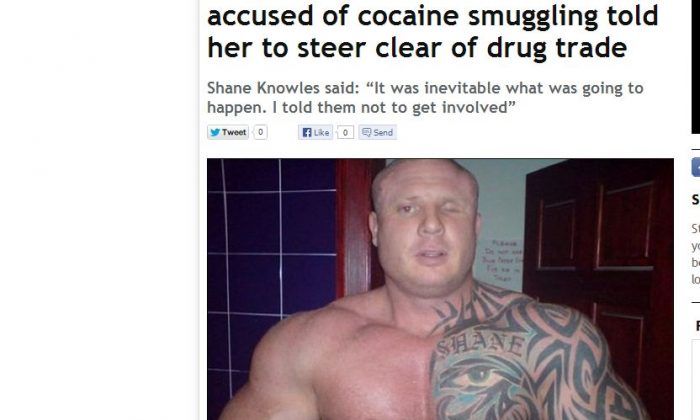 A screenshot of The Mirror shows Shane Knowles.
UK

Shane Knowles, a one-eyed bodybuilder from the United Kingdom, said his girlfriend Melissa Reid and another woman, Michaella McCollum–the “Peru two”–chose to mule the drugs of their own volition, contrasting with the account the women gave.

Knowles, 37, was described by the Daily Mail as heavily tattooed and a convicted felon. He dated Reid over the summer while she was in Ibiza. Reid was caught in Lima, Peru, trying to fly to Spain with millions of dollars of cocaine in her luggage.

The two women said they were told by a drug gang to carry the cocaine, saying the gang threatened their families. Knowles, however, has a different account.

“I told them not to get involved,” he told the Mail. “They were girls who hung around people with money in villas. And then somebody made them a good offer and they went and did it. Everyone is out there with no money, trying to make money and they obviously got an incentive to do it.”

He added that there were “plenty of chances” to get away from the drugs.

Peter Madden, McCollum’s lawyer, told the Mail that the women were never offered any money and were coerced by force.

The Mirror tabloid reported that the girls said they were kidnapped in Ibiza and were forced to go to Peru.

First Sgt Alberto Arian Barilla of Ibiza told the paper that “in my experience I don’t think these two girls were forced to do this because – particularly when you go to South America – you need to pass several controls.”

“The first thing you do is go to the passport control and say, ‘Listen, this is what is happening to me’. The policeman will react, so I don’t think they were forced,” he added.

Knowles said that he has no sympathy for the two women, saying they are trying to get money from the Irish public to help their cases, according to the Irish Independent.