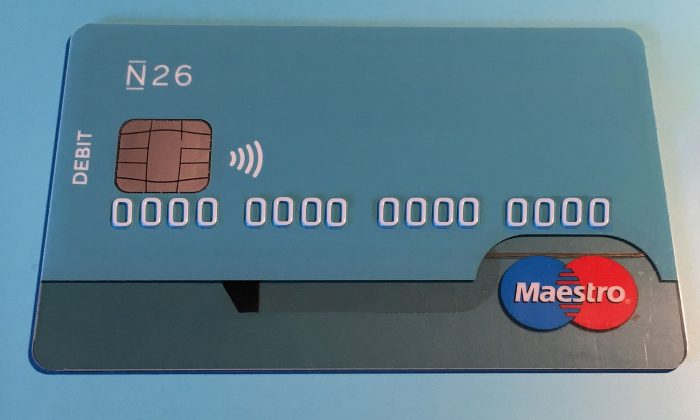 A woman filmed herself going on a shopping spree using a lost bankcard (not the one pictured) in the United Kingdom. (iToms/Wikipedia)
UK

A woman in the UK has brazenly filmed herself going on a shopping spree using a bank card that she claims she found in the streets.

The unidentified woman recorded herself going around Brixton, in London, using the contactless facility on a Lloyds Bank card to make multiple purchases of up to £30 (~US$42), reported the Mirror.

In the video titled “She done fraud” posted to the Instagram account @thestreetblogsuk, the shameless thief shows off the front and back of the card with the caption “Found.”

She then enters a supermarket where she discovers that the card works. She then starts using the card to buy a Nike tracksuit in JD Sports, a bottle of water and to top up her public transport card.

The woman even made a stop at McDonald’s where she purchased a meal and a bottle of water and donated it to a person sitting on the side of the road while captioning it”Bad deed for a good deed innit.”

At the end of the video, she turns the camera on herself and issues a disturbing warning.

“So this morning I found a square. I spent all the money off of it,” she claims.

“Now, just don’t lose your contactless cards guys, you have been warned.

The video has garnered over 97,000 views. Many social media users have condemned her actions.

“CCTV will get you bagged fa dat [sic] still. 4 months pen plus court costs and compensation,” one user said.

“Honestly I just don’t understand why people post this as if it’s something to be proud of,” a user added.

“I can’t believe this is real. If it is this woman needs help. If it isn’t she needs a slap,” another user wrote.

London’s Metropolitan Police told The Sun in a statement that victims of card fraud need not to panic.

“If you become a victim of card fraud, don’t panic; contact your bank to cancel your card and then report the incident online via Action Fraud — the UK’s national reporting centre for fraud and cyber crime.

“If you suspect you’ve been scammed, defrauded or experienced cybercrime, the Action Fraud team can also provide the help, support and advice you need,” police said in the statement.