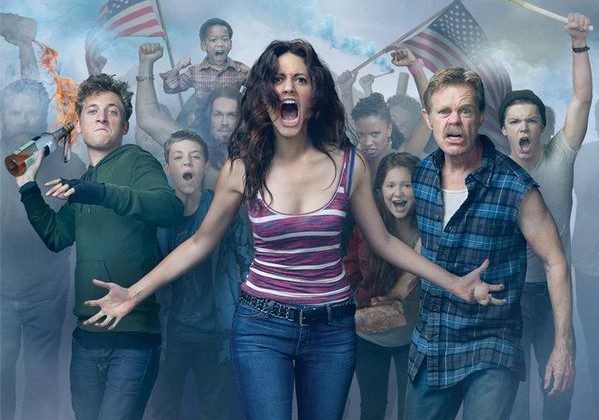 Shameless Season 5 Spoilers: One of Gallaghers to Get Close With ‘Extremely Talented’ Rocker

Shameless season 4 just wrapped up and fans are wondering about any spoilers available for season 5.

The good news is that the hit Showtime show has been renewed, with production slated to start later this year in Los Angeles while the premiere date is expected to be sometime in 2015.

A new spoiler was revealed this week by Entertainment Weekly

“One of our Gallaghers (we’re not saying who!) is going to be getting close with a skilled member of a rock n roll band,” it reported.

“Get ready because this guy is extremely talented and we’ll be seeing him multiple times throughout season five. “

Season 5 will also feature the return of Jimmy/Steve, who was previously presumed dead.

The character, played by Justin Chatwin, appeared in the closing credits of the season 4 finale, in a vehicle that rolled up to the Gallagher house.

“Jack, are you going to go inside?” the female driver asks, but Jimmy/Steve declines.

Executive producer John Wells described to TVLine how he decided that Jimmy/Steve was still alive.

“The audience kept telling us that they didn’t know what had happened at the end [of last season with the character], so we thought, ‘I don’t know, maybe we’ll take advantage of that and go with it.’”

The rest of the cast didn’t even know about the surprise, because they shot it before everybody else arried in Chicago, and put Chatwin in a different hotel.

In other casting news, Emily Bergl (Sammi Gallagher) has been promoted to a series regular for season 5, reported Deadline.

It’s probable that guest star Jeffrey Dean Morgan will feature in at least a couple episodes of the next season after welcoming Fiona to her new job at a diner.