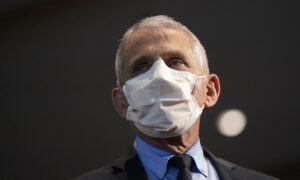 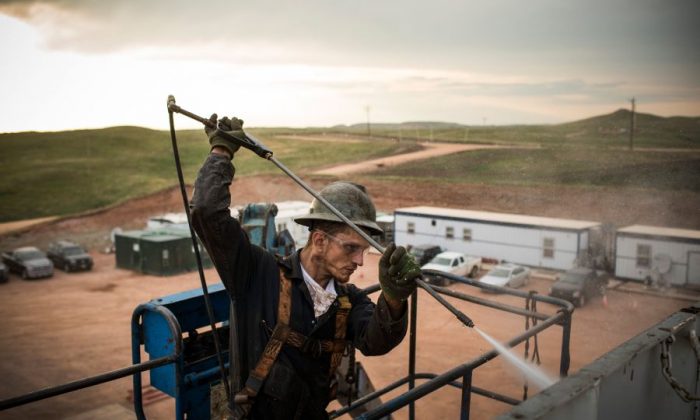 A worker on an oil rig drilling into the Bakken Shale formation on July 28, 2013, outside Watford City, N.D. (Andrew Burton/Getty Images)
Opinion

Judging by newspaper headlines, a silver bullet against polluting fossil fuels is at hand. With the United States on its way to energy self-sufficiency by exploiting shale energy, other countries might follow suit. But the reality may be less dramatic, and shale oil and gas may not be the magic solution: Although new technologies have transformed the U.S. energy profile, production growth is slowing and attempts to replicate the experience overseas have yet to take off.

The narrative of the shale oil and gas revolution is compelling because it promises so much: cheap, abundant energy, not only for the United States, but also for the rest of the world, thanks to the presence of rich shale deposits in Russia, China, and elsewhere. And, as President Barack Obama stressed in his climate action plan, shale could help tackle global warming if cleaner-burning natural gas is substituted for coal and oil.

The speed and scope of the shale-led energy renaissance in the United States has been nothing short of remarkable. Horizontal drilling and hydraulic fracturing opened hitherto inaccessible oil and gas deposits locked away in relatively impermeable shale rock formations and rapidly boosted energy production, particularly of gas.

After years of being a natural gas importer, the United States now suffers from a glut that has depressed prices. Drillers have shifted focus to more-profitable shale oil, production of which has expanded by almost a third since 2008—and accounted for 29 percent of total U.S. oil production in 2012—holding out the tantalizing prospect of energy independence.

But shale may yet fail to live up to its promise. The peculiar geology and economics of shale energy production, compared to conventional oil and gas, make the U.S. experience both unsustainable and difficult to replicate. U.S. shale oil and gas production growth has started to slow on the back of fast-rising costs and rapidly depleting reservoirs.

Meanwhile attempts to produce commercial-scale shale energy in countries such as China, which boasts the world’s biggest shale gas resources—and the third-largest recoverable shale oil deposits, after Russia and the United States—are running into technological, regulatory, political, and economic problems.

The cost of drilling in the United States has soared over the last decade, in part because of higher expenses associated with fracking and horizontal drilling. Fracking entails pumping combinations of water, sand, and chemicals into shale at high pressures to create fissures along which gas or fluids can reach a well. Sourcing and transporting water to the well and disposing of wastewater is expensive.

The cost for drilling a crude oil well quadrupled from $1 million in 2003 to more than $4 million in 2007, according to the U.S. Energy Information Administration. Wells drilled recently in North Dakota’s Bakken formation, the largest U.S. shale oil deposit, have cost between $8 million and $10 million. Similar cost escalation is reported for natural gas wells.

In addition to soaring costs, energy companies must contend with steep decline rates unique to shale deposits. Oil and gas trapped in relatively impermeable and less porous shale rock formations do not flow unaided to the well. As a result, production at shale wells tends to fall off steeply after an initial few months of high output.

These steep decline rates require ever-larger investments in new wells to maintain production levels. Leonardo Maugeri, a fellow at Harvard University’s Belfer Center for Science and International Affairs, estimates that it required 90 new wells per month to maintain oil production at the Bakken formation at its December 2012 level of 770,000 barrels/day. At $10 million per well, that adds up to an additional investment of a staggering $900 million per month or $11 billion per year.

The Post-Carbon Institute estimates that maintaining the entire country’s shale oil production would require more than 6,000 new wells annually at a cost of $35 billion per year.

So far, Wall Street has been efficient in channeling investment into shale oil and gas plays, but the scale of additional investment required to keep the boom going appears unsustainable absent new technological breakthroughs. Indeed, there are signs emerging that exploration and production firms are, if not stepping off the treadmill of ever-rising drilling intensity, at least starting to fall behind.

After three years of rapid gains, the number of horizontal drilling rigs used in the United States, a good proxy for shale gas and oil exploration and production activity, started to decline in early 2012. Much of that decline is due to firms cutting back on production on the back of lower gas prices as the market became oversupplied.

Shale gas output in the United States, which makes up 40 percent of total gas production, is now flat and will remain so unless prices increase enough to prompt significant new drilling activity. That may not happen given the difficulties involved in converting the U.S. gas glut into economically viable substitutes for liquid transport fuels and the fact that a global market for natural gas, with demand for exports, does not yet exist.

Shale oil drilling intensity and production growth are also slowing. The number of rigs operating in North Dakota, where most of the Bakken Shale deposit is located, has been falling since mid-2012. The field used 174 rigs in June 2013, from a high of 203 a year earlier. Although some of that decline is due to increased efficiencies in drilling technologies and rig management, production growth has been affected.

As of May, annual production growth at Bakken was approximately 30 percent, compared to more than 90 percent in 2012. The slowdown in shale oil production growth will continue as the biggest fields decline and if exploration and production firms fail to find new economic shale deposits to exploit.

The U.S. shale boom may be more short-lived than many had expected, and shale’s global potential may also be overstated. In a report on global shale released in June, the U.S. Energy Information Administration estimated worldwide technically recoverable reserves of shale gas at 7,300 trillion cubic feet of shale gas, the equivalent to almost a third of global gas resources. World shale oil resources could be as high as 345 billon barrels, equivalent to 10 percent of estimated global oil resources.

But developing those deposits is proving difficult. The United States has the drilling expertise and capacity, nimble independent energy companies, technology, access to finance, and enabling regulatory and legal framework that the rest of the world lacks.

China, for example, which urgently wants to substitute gas for coal, is unlikely to meet its 2015 target for commercial shale gas production because of complicated geology that has made the gas relatively expensive to exploit, lack of technical expertise, funding shortages, domination of the sector by state-owned companies, and regulatory complexity.

Poland, once regarded as Europe’s best shale gas prospect because of large reserves, has seen energy companies pull out because of difficult geology, unclear regulation, and opposition from environmentalists. Other countries will face similar problems.

When the dust settles the shale boom may prove to have provided not much more than a bonanza for bankers and energy companies, at the cost of allowing the world to burn yet more fossil fuels that it could ill-afford, all the while giving politicians an excuse to further delay concrete action on climate change. That’s hardly revolutionary.

Deepak Gopinath is an independent economist based in New Delhi. © 2013 The Whitney and Betty MacMillan Center for International and Area Studies at Yale.