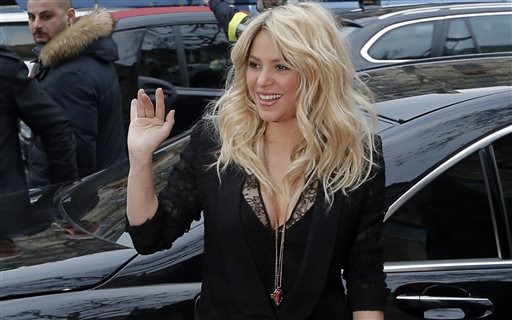 Singer Shakria has reportedly left “The Voice,” while Christina Aguilera will return.

Unnamed sources told Deadline.com that Shakira will leave the program next fall after only one season.

Aguilera was a host on the show for its first few seasons but had to leave last year to promote her latest album, “Lotus.”

“Everybody can’t coach for life because when you have people with current recording in the game, this is not their job,” producer Mark Burnett said of hosting changes. “Their job is their fans and making music and being live, and so we knew from the beginning that this would happen, and we’ve had six coaches. They all have another life and their schedules.”

MTV.com reported that Cee Lo Green is also nearing a deal with “The Voice,” while The Hollywood Reporter said Aguilera will reportedly make around $12.5 million this season.

“These are current touring artists, so it’s a matter of balancing schedules,” Burnett told the Reporter. “They’re all in demand and we’re just balancing it all.”