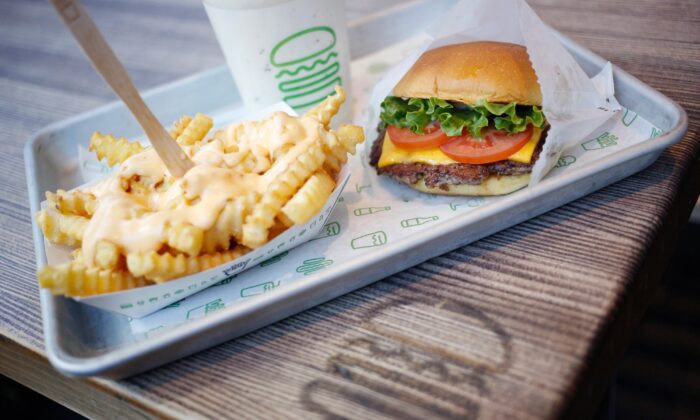 Flights being delayed and even worse, cancelled, during the surge and chaotic nature of the holiday travel season can leave many feeling disgruntled, agitated and anxious.

Sometimes the only thing to do in times of high stress is well, stress eat.

For New York City-based travelers, Shake Shack is swooping in to make sure that all flyers facing flight setbacks will be able to do just that without having to spend a dime.

Starting Wednesday and lasting until Friday (Christmas Eve), the fast-casual chain will offer one free order of its famous crinkle cut fries to customers whose flights have been delayed or cancelled leaving New York’s JFK airport.

The Shake Shack is located inside JFK’s Terminal 4, near gate B37.

The cult-favorite burger chain, which is based in New York, has 21 airport locations around the globe, 14 of which are inside the U.S.

For customers who want to cash in on the deal but are flying out of one of the other 14 airports that are not JFK, there’s still a way to be eligible.

All travelers have to do is snap a quick selfie in front of their departure gate which shows that the flight has been delayed or cancelled and then post the photo to Instagram while tagging @ShakeShack. A redeemable virtual voucher will then be DM-ed to the traveler’s account where they can scan it for free fries at their Shake Shack location.

“We know the holidays can be stressful, so we created this campaign to bring some fan excitement, especially in some of the busiest and crowded places around the holiday — the airport,” Shake Shack CMO Jay Livingston expressed in a statement. “From real life surprise and delight moments to capturing and sharing content across our owned channels, our goal is to spread and share joy.”

Shake Shack was down 16.29 percent year over year as of late Wednesday afternoon.