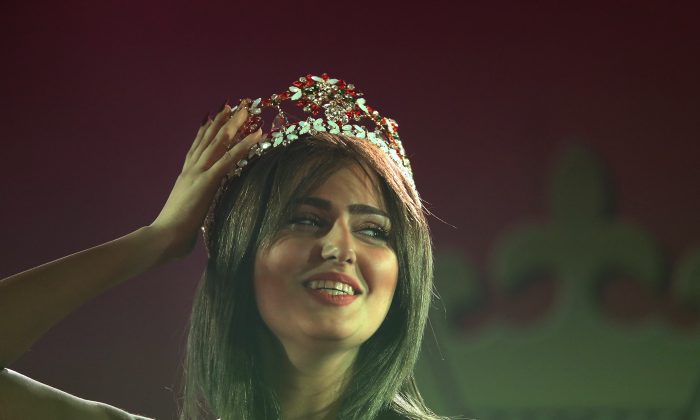 A 20-year-old student was crowned Miss Iraq in the first pageant to be held in the country in 43 years, but the win was overshadowed by numerous threats that prompted some contestants to drop out.

The pageant website and its Facebook page were slammed with death threats against contestants, prompting the field of nearly 200 to drop to less than 10.

But Shaima Qassem Abdelrahman, an economics major at the University of Kirkuk, was still hailed for her win.

“Iraq needed this,” pageant director Ahmed Leith told CNN. “The situation is weak here, and we wanted to celebrate this the same way other countries like Lebanon and others do. To have a sense of normalcy.”

Abdelrahman said she had something to prove.

“I want to prove that the Iraqi woman has her own existence in society, she has her rights like men,” she told NBC. “I am afraid of nothing, because I am confident that what I am doing is not wrong.”

She noted she had to convince her parents to let her enter because they initially banned her from participating.

“In the past I heard that such contests used to be held in Baghdad — I dreamed of being a part of one of these contests,” she said.

Abdelrahman has been directly affected by the ongoing violence in the country in part perpetrated by terror group ISIS–two of her cousins, working as federal police, were killed while fighting the militants.

Soon after being crowned the winner, she received a phone call warning her that if she refused to join the ranks of the Islamic State she would be kidnapped, according to Kuwaiti daily al-Watan.

The organizers tried to stem the threats by removing aspects of the competition that would go against Iraqi culture, such as the swimsuit modeling round. Hemlines in the dress portion were also kept strictly below the knee, although headscarves were not required.

In the end, Abdelrahman, who will represent Iraq in the Miss Universe competition next year, wanted to focus on the positive.

“I’m very happy to see Iraq going forward,” she told AFP after being crowned. “This event was huge and put a smile on the faces of the Iraqis.”