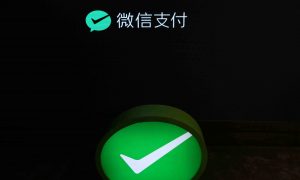 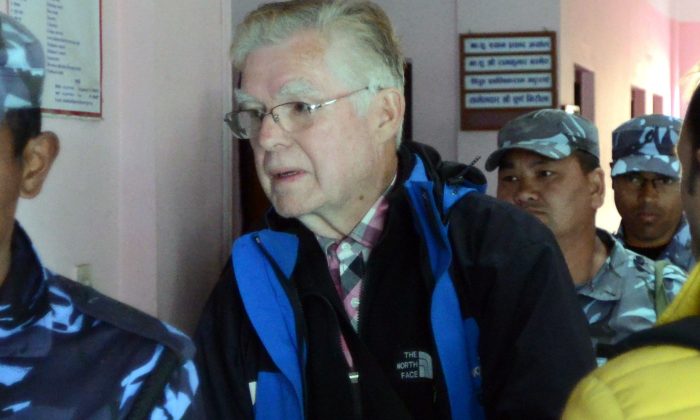 Canadian Ernest MacIntosh is escorted by police to his court appearance in Lalitpur, Nepal, on Feb. 5, 2015, on charges of allegedly abusing a 9-year-old boy in a suburb of Kathmandu. (PRAKASH MATHEMA/AFP/Getty Images)
Asia & Pacific

KATHMANDU, Nepal—While the conviction of a former U.N. worker for child abuse in Nepal was hailed as a landmark verdict, child rights activists say it also shows that a growing number of foreign pedophiles are attracted to the country because of its poverty, weak laws, and lack of supervision.

In one of the most high-profile cases of child abuse in Nepal, a court sentenced Canadian Peter Dalglish to nine years in jail and imposed a fine of 1 million rupees ($9,000) earlier this month.

Weeks of surveillance revealed that Dalglish had abused two boys, ages 12 and 14, at a mountain village in Kavre in central Nepal. In the close-knit community, he was seen as a humanitarian who paid for boys’ education and holidays.

Dalglish is the second Canadian to have been convicted for pedophilia in Nepal. Ernest MacIntosh, a 75-year-old Canadian orphanage volunteer, was granted early release because of poor health in September 2018, after serving half his seven-year term for sexually abusing a 9-year-old boy.

In the past three years, Nepal police have arrested 10 foreigners on charges of sexually abusing children in the country.

Dalglish’s conviction demonstrates that sex offenders in Nepal can’t easily get away with their crime, according to Kabit Katwal, a police officer who led some of the investigations.

“That was the most high-profile case we had after MacIntosh, and it showed that Nepal can punish these sex offenders,” he said.

According to police, European and North American pedophiles began targeting Nepal following the devastating earthquake in 2015 that killed more than 9,000 people.

In January, a British man was arrested in his apartment in Kathmandu, where he was found with three underage children.

A year ago, two French men were arrested in their home on the outskirts of Kathmandu, where they had lured children with offers of food, chocolate, and sports equipment.

Katwal said these professional pedophiles groomed their victims after checking their background and waited for the right time to exploit them.

“They prey on poor, uneducated families and their children,” he said. “They look for broken families because these are more vulnerable. They spend the first few years building the trust of their victims. Once a relationship is established, they start exploiting the children.”

“Many pedophiles pose as aid workers and some as tourists. They lure children with gifts and the promise of education,” he said, adding that the rise in the number of pedophiles in Nepal followed a crackdown on the same crime in Southeast Asian countries such as Thailand and Cambodia.

He said technological upgrades at airport immigration and better information-sharing with Western countries would help control sex abuse by foreigners in Nepal.

“Most Western countries have a database of sex offenders, but they don’t share it with us. We need to upgrade our system at immigration so that if an offender is traveling to Nepal, he will be nabbed at the airport,” Katwal said.

Child protection experts such as Tarak Dhital, however, warn that the easy access to children in the country and a lack of awareness about pedophilia have helped increase the crime.

“Nepal is a fertile land for these abusers. Even small support to a family can go a long way here,” he said, adding that the recent arrests are only the tip of the iceberg. “There could be dozens of other cases.”

Foreign pedophiles could use the Visit Nepal 2020 campaign, in which Nepal aims to attract 2 million foreign tourists, to their advantage, according to Dhital, an executive officer with Nepal’s child welfare board.

“We consider every foreign visitor as a tourist, but some might be sex offenders. We must maintain a record of these people so that they are prevented from committing the crime again,” he said.