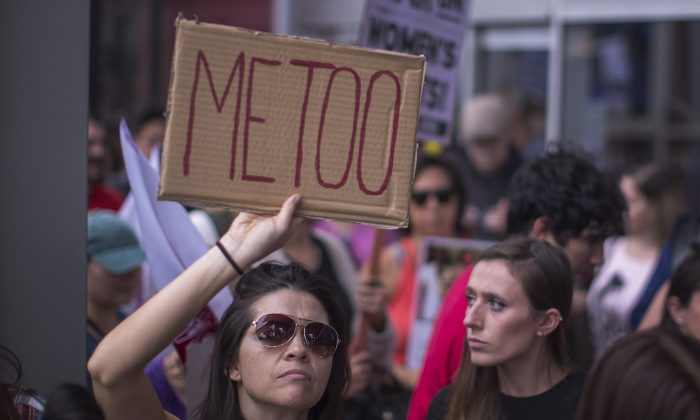 The dignity of each human person demands integrity, character, and moral decency.  Society demands that these qualities are critical for one’s own personal dignity and must be applied by word, example, and action to all.

Human dignity demands ethical behavior and is diametrically opposed to behavior that dishonors personal reputation, or reflects disrespect toward others.

Every person, is called to exemplify lives of character, and to honor the dignity of human freedom through self-mastery, discipline, and respect.  These are the virtues we are called to live by, and they always contradict the defects of duplicity, living a double-life, and vulgarity.

Sexual Harassment in the Workplace

The U.S. Equal Employment Opportunity Commission (EEOC) says that sexual harassment is a “form of sex discrimination that violates Title VII of the Civil Rights Act of 1964.”

The commission defines sexual harassment as:

“Unwelcome sexual advances, requests for sexual favors, and other verbal or physical conduct of a sexual nature constitute sexual harassment when this conduct explicitly or implicitly affects an individual’s employment, unreasonably interferes with an individual’s work performance, or creates an intimidating, hostile, or offensive work environment.”

The commission also states that sexual harassment can occur in a variety of circumstances, including but not limited to the following:

A storm of sexual harassment stories throughout America is our wake-up call and a time of reckoning.

The crisis reminds us of our social order and that actions of individuals can adversely or favorably impact the common good.

By the common good it is understood that social behaviors and conditions must always respect rights due to individuals and society.

These rights demand respect for all members of society which are now being contradicted by headlines nationwide which include the following:

As members of American society, each of us has a responsibility to contribute to the common good, and to play an active part to remedy deficiencies.

Each person has an ethical responsibility according to one’s talents, capabilities, and position.  When sexual harassment issues violate human dignity and adversely impacts society, we have the duty to respond with full force determination.

During my character presentations and published works over the past twenty years, I have been privileged to address law enforcement, government leaders, corporate representatives, educators, and students.

The issues of sexual harassment as a violation of human dignity have been an essential element of my response to a crisis of character.  These initiatives have demanded that we have the moral decency to stand against insensitivity, victim blaming, dishonesty, evasiveness, enabling, inaction, cover-ups, superficiality, and hypocrisy.

America must have the moral courage to remedy the sexual harassment crisis.  We have a problem that must honestly be addressed with ethical leadership that expresses itself not only through words, but by example and actions.

We must take the moral high ground in our families, schools, communities, houses of worship, and workplaces to ignite an ethical renaissance throughout American society.  The foundation of this renaissance must be built on the pillars of character, which respects human dignity.

When America honors the dignity of sexuality as essential to the character of the nation, we will be on the path of our true destiny.