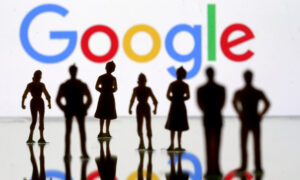 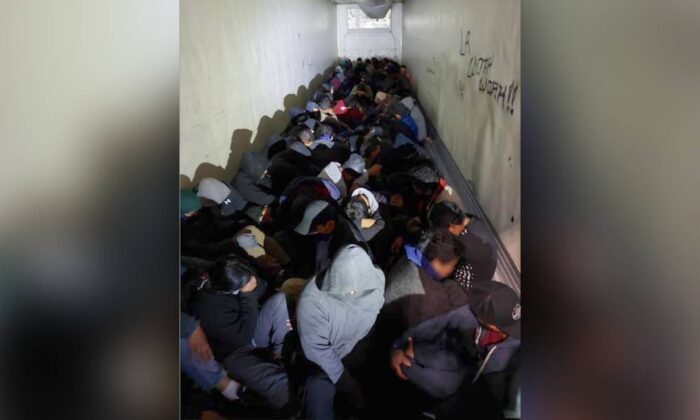 Border Patrol agents intercepted two human smuggling attempts in commercial vehicles within a day of each other at the Interstate 35 north of Laredo, Texas, on Feb. 5, 2020. (US Customs and Border Protection)
Texas

A convicted sex offender was among those arrested by border patrol agents at a Texas border checkpoint amid two human smuggling attempts in commercial vehicles that were intercepted within a day of each other, the U.S Border Patrol announced.

The first incident took place in the early evening of Feb. 5, when agents with the Laredo Sector Border Patrol intercepted a tractor-trailer at the Interstate 35 checkpoint, north of Laredo, Texas. While border agents were checking the immigration status of the driver, a dog working with the agents alerted them to the trailer. People who were found in the trailer turned out to be illegal aliens from Mexico, Guatemala, El Salvador, Ecuador, and Honduras.

The following evening, border agents found more illegal aliens inside another tractor-trailer at the same border checkpoint after putting the vehicle through a non-intrusive scan. The illegal aliens were found to be from Mexico and Guatemala.

In both instances, the drivers of the vehicles were found to be U.S. citizens. The two drivers were placed under arrest pending further investigation, along with the 138 people found in the two vehicles, which have been seized by U.S. Border Patrol.

Juan Castro-Castro, 41, was arrested among the illegal aliens. He was found to have been arrested in 2001 and convicted for Sexual Assault, Aggravated Assault with a Weapon in Salt Lake City, Utah, the U.S. Border Patrol announced. Castro-Castro, who is currently being held by the U.S. Border patrol pending prosecution of his immigration violations, will be remanded to the custody of the U.S. Marshal Service.

More than 50 House Republicans on Tuesday in a letter called on President Joe Biden to take action to secure the border and warned him about a “rising illegal immigration crisis” starting at the southern border, citing increases in the number of immigrants just a few weeks into the new presidency.

Despite the increase in immigration numbers, Biden had signed multiple executive actions on the first day of his presidency that rescinded Trump administration policies that were working to reduce the flow of illegal immigration, including stopping the construction of the U.S.-Mexico border wall, the lawmakers noted.

Biden also suspended the Migrant Protection Protocols (MPP), a Trump program launched in January 2019 that forces asylum seekers to wait in Mexico while their asylum case is adjudicated. Prior to its implementation, thousands of illegal immigrants were released into the United States to await their cases, most failing to appear in court.

The new president also ordered a halt to the deportation of certain immigrants for 100 days. A federal judge temporarily blocked the order on Jan. 26—a victory for Texas, whose attorney general sued the Biden administration over the executive order.

The initiatives are part of Biden’s plan to legalize about 11 million illegal aliens living in the United States, something he had vowed during his campaign. The Republican lawmakers in their letter to Biden said that such initiatives also “have all communicated that our borders are open” to illegal immigrants seeking to move to the United States.