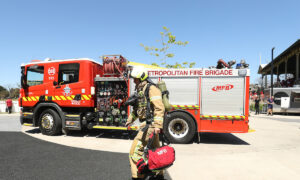 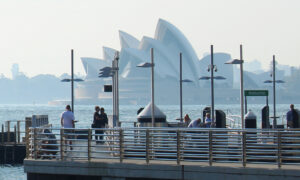 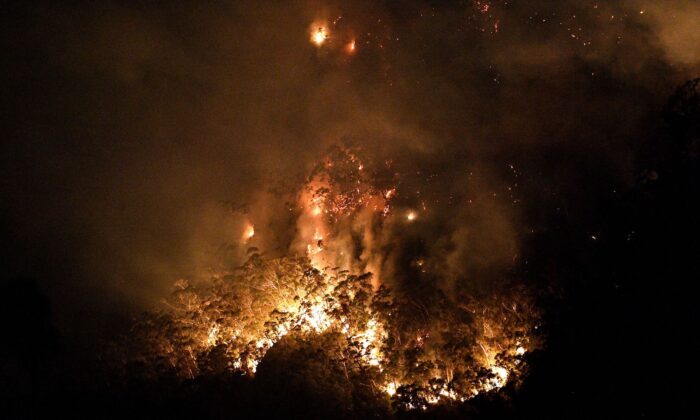 A bushfire burns out of control in the Blue Mountains of the New South Wales on December 2, 2019. (Saeed Khan/AFP via Getty Images)
Australia

Firefighters have endured a tough night battling blazes stretching from the NSW south coast all the way to the Queensland border, while another day of severe fire danger and Sydney smoke haze has been forecast.

There were 96 bushfires burning across the state on Friday morning, with 46 uncontained and more than 2000 firefighters in the field.

Six fires were on Friday at “watch and act” level including the Currowan fire north of Batemans Bay, at Green Wattle Creek west of the Warragamba Dam and a cluster of fires north of Sydney at Three Mile, Gospers Mountain and the Little L Complex and Paddock Run fires near Singleton.

Home and property losses have been reported by the RFS, which says it will assess the full extent of damage throughout Friday.

Rural Fire Service NSW deputy commissioner Rob Rogers warned the fires were “very active” and could return to emergency level during the day as wind increases and warm conditions kick in.

Almost the entire coastal area of NSW and much of the state’s northeast is under a severe fire danger rating, while total fire bans are in place for the southern ranges, Illawarra-Shoalhaven, central ranges, Greater Sydney, Greater Hunter, northern slopes and northwestern regions.

Meanwhile, Sydney residents woke up to another day of thick smoke haze and authorities warned the poor air quality conditions would linger.

The smoke is being blown from large fires near Warragamba Dam and the Wollombi National Park and will again settle over the Sydney basin.

Children, the elderly and those with heart and lung problems should seek to remain indoors and avoid heavy exercise.

The environment department says this season’s bushfire emergency has caused “some of the highest air pollution ever seen in NSW” with hazy conditions “the longest and the most widespread in our records”.

Gary Flynn from the Wisemans Inn Hotel, meanwhile, said the small town was “dead quiet” as bushfires burned across the Hawkesbury River.

“We are just copping all the smoke,” he told AAP on Thursday.

“We are just keeping an eye on things at the moment. The town is dead quiet.”

Seven emergency warnings had been issued throughout Thursday. Earlier in the day, three firefighters were airlifted from the Green Wattle Creek fireground after they suffered minor injuries battling the blaze.