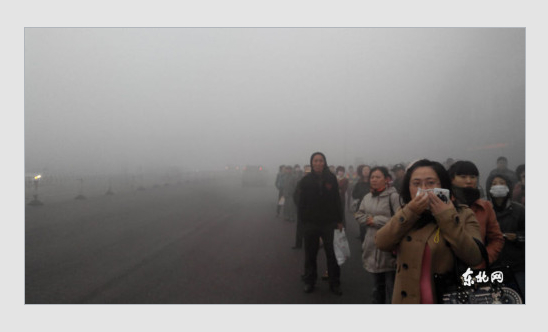 Screenshot showing people waiting for a bus in Harbin, which was affected by severe smog. (Screenshot/Sina.com)
China

Visibility plummeted to less than 50 meters (55 yards) in some parts of the city of Harbin due to extreme fog on Oct. 21.

More than 20 primary and schools were shut, and at least 40 international flights were cancelled or postponed.

Some highways have been closed, and some bus services have stopped running.

Based on the PM 2.5 metric, air pollution rose to 500, according to reports on Twitter, indicating severe contamination.