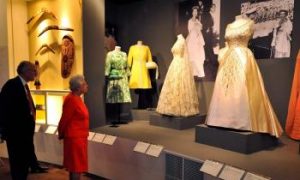 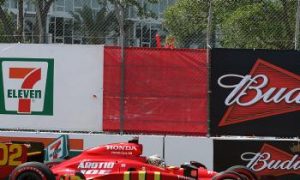 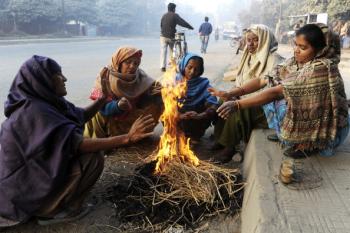 Indian street sweepers warm themselves as they sit around a bonfire on a roadside in Amritsar on Dec. 3, 2010. (Narinder Nanu/AFP/Getty Images)
World

A severe cold snap in India has claimed two dozen lives and temperatures have reached as low as minus 10 degrees Fahrenheit in the city of Leh in northeast India.

Other regions that have been affected include the capital, Delhi, and Indian-controlled Kashmir. Government officials have said that the weather is expected to continue for the next few days, according to the Hindustan Times.

Dense fog has affected some of the cities, including Delhi, to the extent that it has disrupted airline flights. The highway to Kashmir has also been blocked by snow according to officials, BBC reported.

There may be a bright side to the cold, though, at least for apple farmers.

“Apple trees will get the chilling requirement, essential for the quality of the fruit,” said apple grower Narinder Begta, and quoted in the Hindustan Times.