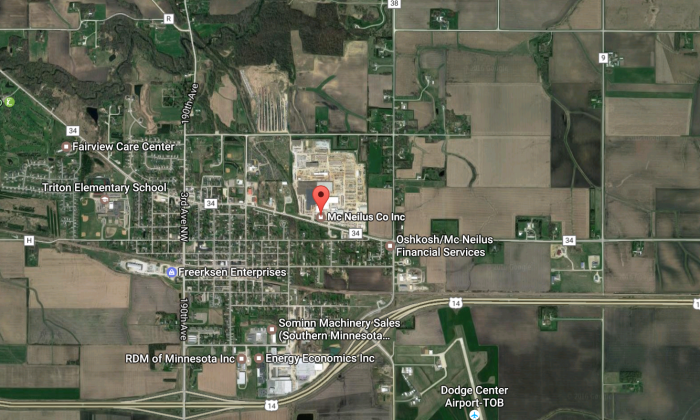 DODGE CENTER, Minn.—Emergency crews are at the scene of a possible explosion that injured several people at a truck plant in southeastern Minnesota.

The incident happened Wednesday morning at McNeilus, a truck manufacturer in Dodge Center.

Minnesota State Patrol Sgt. Troy Christianson tells KTTC-TV that five people are hurt. Christianson says two people have been airlifted to a hospital while three others were taken by ambulance.

The road to the plant is blocked off. Several law enforcement vehicles are outside the building.

A woman answering the phone says the company has no comment. No one was available to comment at the Dodge County Sheriff’s Office, the lead agency in the investigation.

Dodge Center is about 70 miles southeast of Minneapolis.