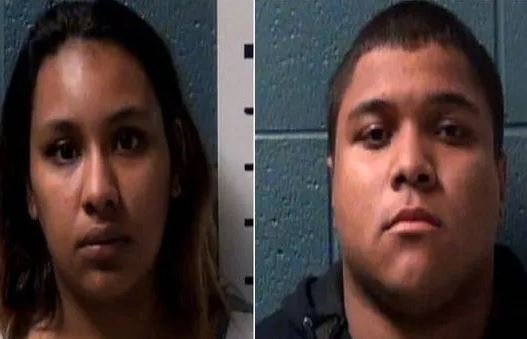 An infant just seven weeks old died this week from injuries that police suspect are from abuse.

Mattie Minnick was taken off life support at El Paso Children’s Hospital on Tuesday, Jan. 23, as staff determined she had no chance of surviving the brutal injuries, a spokesman for the Las Cruces Police Department told the Las Cruces Sun-News.

Minnick was suffering from hemorrhaging in the brain, severe damage to her eyes, and rib fractures.

The baby was also malnourished.

Officers believe the damage was done by parents Marcus Alton Minnick and Caricia Lorena Ceballos, both 19. Officers said the parents violently shook the baby and possibly inflicted other forms of abuse, leading to the injuries.

Minnick admitted to police during questioning that he “violently shook” the baby when she was having a “tantrum,” court records show.

Ceballos, meanwhile, told police that she “wanted to smother” her child.

The mother violently shook the daughter on Jan. 5 after the infant refused to feed, she told police, reported KRWG. Her infant fell asleep soon after, and Ceballos pinched and poked her several times to see if she was still alive.

After Minnick shook his baby, he left the room and returned to find her unresponsive. He attempted CPR but did not call 911.

Ceballos called 911 after she returned to the home as she was out at the time.

Both parents have been charged with first-degree child abuse resulting in death, a felony.

The governor of New Mexico, Susana Martinez, told ABC7 that the pair should be locked up for life.

“You cannot handle these cases with kid gloves. These are people who should be locked up for life. They should not be around other children,” the governor said.

“They get frustrated and angry and shake a child, and that is blunt force trauma within the brain. I have no sympathy for those people that do that. There has to be—that life sentence must remain for those that are child abusers that result in death.”